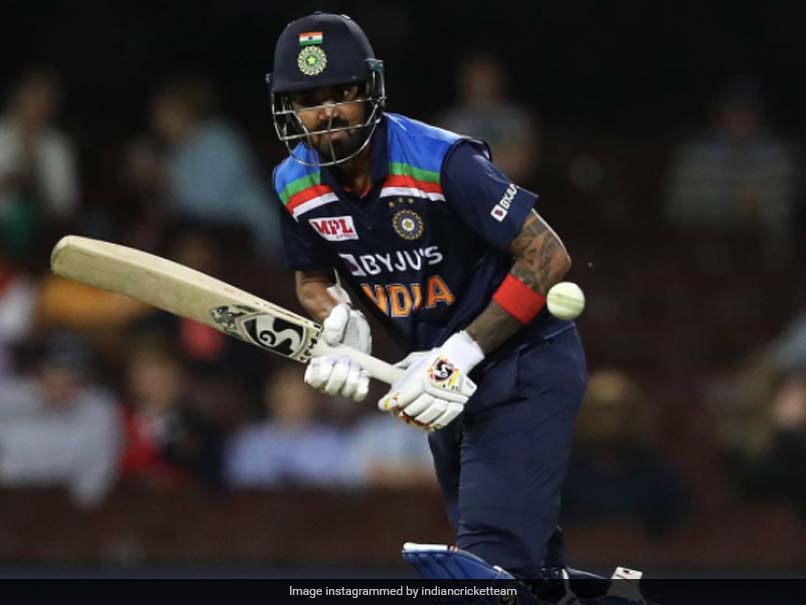 KL Rahul has scored just one run from three outings during the ongoing T20I series vs England.© Instagram

Three cheap dismissals can't change the fact that KL Rahulis India's "best T20 batsman" who needs to be supported during this rough phase, batting coach Vikram Rathour echoed skipper Virat Kohli's sentiments after team's eight wicket defeat against England on Tuesday. Rahul has had scores of 1,0 and 0 and a part of it could be attributed to no game time since the end of T20 series in Australia early December. "Anybody can have a lean phase and KL has been our best batsman in T20 format. He is averaging 40 plus with a strike rate of 145 and 3 failures doesn't change the fact that he is the best batsman we have in this format," Rathour said after the third T20 International.

"This is the time when we need to support him and I am absolutely sure he will come back out of the lean phase," the batting coach spoke in the same vein as Kohli did at the presentation ceremony.

However, Rathour did agree that rustiness could be a reason and all it would take is one good shot to get back into the groove.

"I agree they do tend to get rusty when they are sitting out but only thing we can do is to provide them practice. They are having a lot of net sessions and even on middle (centre strips)," he said.

"That's all they can do and we can just hope that one innings or one shot and they will be back in form. People like KL Rahul," he added.

India have now lost two games batting first and according to the former Test opener the pitches on offer during the last three matches have been tricky.

"Every game we have played on different surfaces and as a team it is tough. We have had 3 games now and next game hopefully we can do better if we bat first."

Virat Kohli Vikram Rathore India vs England 2020-21 Cricket
Get the latest updates on IPL Auction 2023 and check out  IPL 2023 and Live Cricket Score. Like us on Facebook or follow us on Twitter for more sports updates. You can also download the NDTV Cricket app for Android or iOS.