India vs England: The hosts climbed to second spot in the World Test Championship table, after their win in the second Test match. The series is level at 1-1, with the third Test set to begin from February 24. 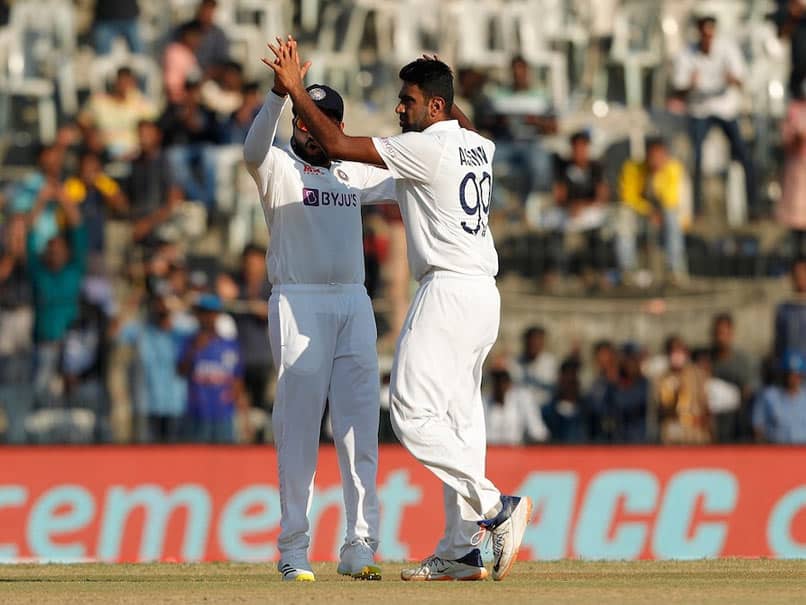 IND vs ENG: R Ashwin celebrates a wicket during the second Test match in Chennai.© BCCI

The resounding 317-run win over England in the second Test on Tuesday propelled India to second in the World Test Championship standings issued by the ICC. After the series-levelling win at Chepauk, India have 69.7 percentage of points (PCT) and 460 aggregate points, behind New Zealand who have already qualified for the WTC final to be held at the Lord's June. New Zealand have 70.0 PCT and 420 points. India, who had lost the first Test by 227 runs at the same venue, need to win one more and at least draw another to make it to the WTC final.

They were fourth on the table before Tuesday's result.

Virat Kohli's men are currently playing in their sixth series of the WTC cycle, having won 10 matches, lost four and drawn one. Australia are at the third spot with 69.2 PCT and 332 points while England are fourth with 67.0 PCT and 442 points.

The third Test - a day/night affair - begins in Ahmedabad on February 24.

Virat Kohli India vs England 2020-21 India vs England, 2nd Test Cricket
Get the latest updates on IPL 2021, IPL Points Table , IPL Schedule 2021 , live score . Like us on Facebook or follow us on Twitter for more sports updates. You can also download the NDTV Cricket app for Android or iOS.