"Becoming Father Will Be Always The Greatest Moment In My Life," Says Virat Kohli

Virat Kohli said he clearly remembered that he was in the hospital and was watching on his phone as Washington Sundar and Shardul Thakur went for their partnership in the final Test just before doctors called them in. 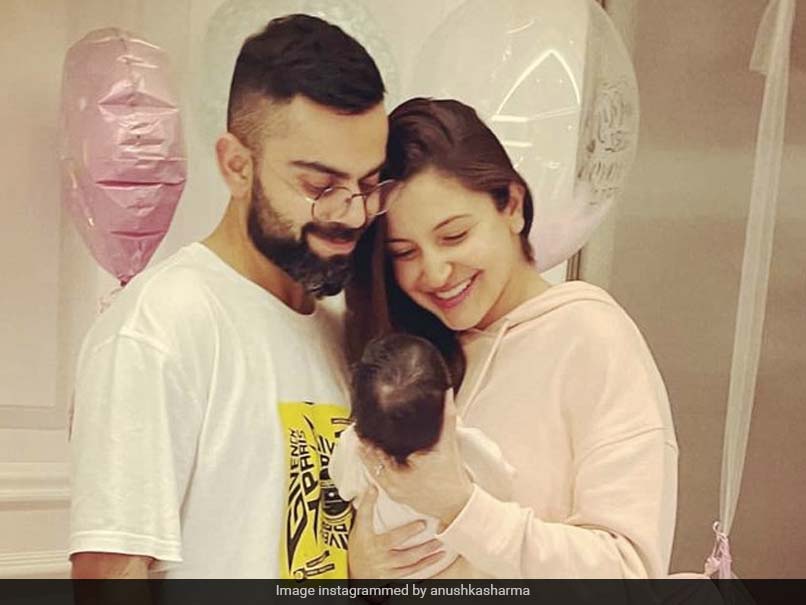 Indian skipper Virat Kohli, who returned home from Australia for the birth of his first child, said that becoming a parent has been and will remain the greatest moment of his and wife Anushka Sharma's life. Asked about the emotions he went through when the Team India bounced back in Australia to register an epic series win, Kohli said that he watched all the matches and was "so happy and proud" of what the team managed to achieve against all odds. The 32-year-old batsman said he clearly remembers that he was in the hospital and was watching Washington Sundar and Shardul Thakurgo for a partnership in the final Test on his phone just before doctors called them in. Kohli also said that the two feelings can't be compared and for him becoming a father will always remain the most special moment in his life.

"Firstly, I don't think the two can be compared. To me becoming a father has been and will remain the greatest moment in my life... in both our lives. And that is something that has to be experienced to under what I am saying," said Kohli, during a virtual press conference on the eve of the first Test against England.

Kohli said that the connection to team "doesn't go away" just like that especially when the entire team has worked so hard to achieve their goals especially in the longest format.

"The connection to the team doesn't go away in any situation, especially when you have given everything for the team, especially the Test side for the last six years on daily basis to be motivated to take Test cricket on top... take Indian cricket on top. And when the whole group has put in so much effort, you are connected invariably," Kohli explained.

Giving an example of how connected he was throughout the series with what was happening Down Under, Kohli described how he was watching the game progress even in the hospital.

"I was watching all the games especially the Sydney Testand the last Test. I clearly remember when Shardul and Washington were going through a partnership... I was watching it on my phone just moments before we had to go in when the doctors called us. That's how connected you are to the team and that's how much you are looking forward to the guys doing well," said the Indian captain.

Eulogising the grit and determination of the whole team, Kohli said it doesn't matter to him whether he was there with the team or not all that matters is that this series win will be etched forever in the minds of Indian cricket fans.

"I was so happy and proud to see the whole team come back in the series like we did. Everyone deserves all the credit for what they did in Australia.

"I won't say what happened because it was purely out of determination, grit and belief that they achieved what they ended up achieving that is something that is going in the hearts and minds of Indian cricket fans forever. Whether I was a part of it or not, to me that doesn't matter as much as what it matters to the Indian cricket team and the whole country. I came back for a moment that is and will be the most special moment in our lives," he concluded.

The first Test between India and England begins on February 5 and Kohli confirmed that Rishabh Pant, who had a series to remember Down Under, will start the gamefor India on Friday.

Virat Kohli India vs England 2020-21 Cricket
Get the latest updates on IPL Auction 2023 and check out  IPL 2023 and Live Cricket Score. Like us on Facebook or follow us on Twitter for more sports updates. You can also download the NDTV Cricket app for Android or iOS.