India vs England: Ben Stokes Has Not Done Anything Yet In T20Is, Says Nasser Hussain

India vs England: Ben Stokes wasn't at the best of his form in the recent T20I series, which India won in Ahmedabad. Nasser Hussain feels that Stokes is a match-winner but needs to perform in T20Is. 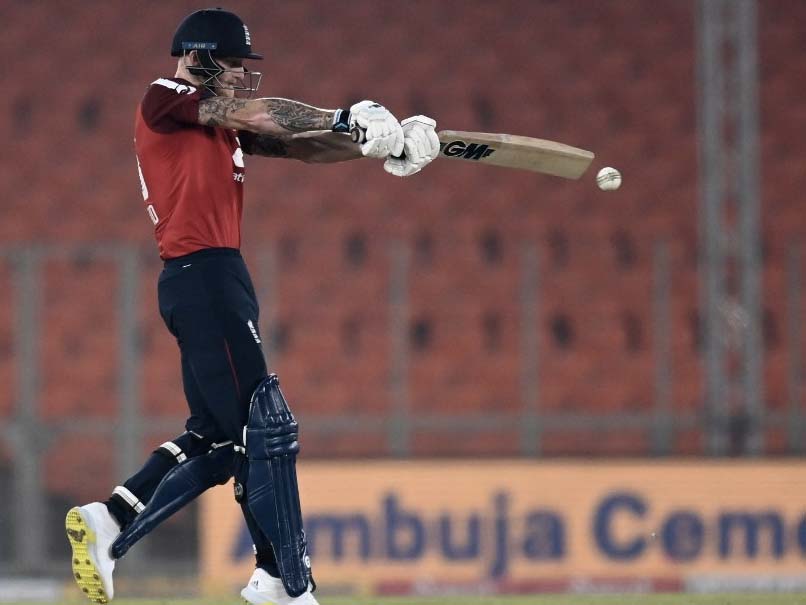 Former England skipper Nasser Hussain has said that even though all-rounder Ben Stokes is a proven match-winner, he is yet to showcase his talent in the international T20s. Hussain's remarks came as England suffered a 3-2 defeat against India in the five-match T20I series which was played at the Narendra Modi Stadium in Ahmedabad. "The one lad that is a bit of grey area is Ben Stokes. First of all, you cannot give Stokes an excuse, at the moment he has not transferred any of his other form, his Test match form, white-ball form away from the international T20, but he has not done it yet anything in international T20s," Hussain told Sky Sports.

"With the IPL, there will be areas where Ben Stokes will be better than a lot of players there. Now, the debate is that England has a gun batting lineup, Dawid Malan is the number one ranked T20 batsman in the world, that's a fact. So should Ben Stokes who has not done anything in T20 international cricket take over from someone who has done something in international T20s, that's a big call to make," he added.

In the recently-concluded T20I series against India, Stokes batted at number five or six and he was not able to stay at the crease for a long haul. His only one defining innings came in the fourth T20I, but he was not able to take England over the line.

"Difficult calls for Morgan to make, but we know Eoin Morgan, if he has to make some difficult decisions, he will make them even on the eve of the tournament. He will be ruthless, but it is about can they find a role for Stokes or they stick with guys they have got," said Hussain.

"You get to a World Cup semi-final or final, if you need 20 off the final two overs, and you have Stokes in the middle, you would not want a different character out there. So whatever he has done, Ben Stokes is someone who wins you big games," he added.

In the five-match series against India, Stokes managed to score just 84 runs and with the ball in hand, he scalped three wickets. The all-rounder will next be seen in the three-match ODI series against Virat Kohli and boys.

Ben Stokes Nasser Hussain India vs England 2020-21 IPL 2021 India vs England, 5th T20I Cricket
Get the latest updates on IPL 2021, check out the IPL 2021 Schedule and Indian Premier League Live Score . Like us on Facebook or follow us on Twitter for more sports updates. You can also download the NDTV Cricket app for Android or iOS.