The India vs England second Test at the MA Chidambaram stadium will see return of fans as state cricket body and the BCCI have decided to allow 50 per cent in the stands, a top TNCA official told PTI on Monday. 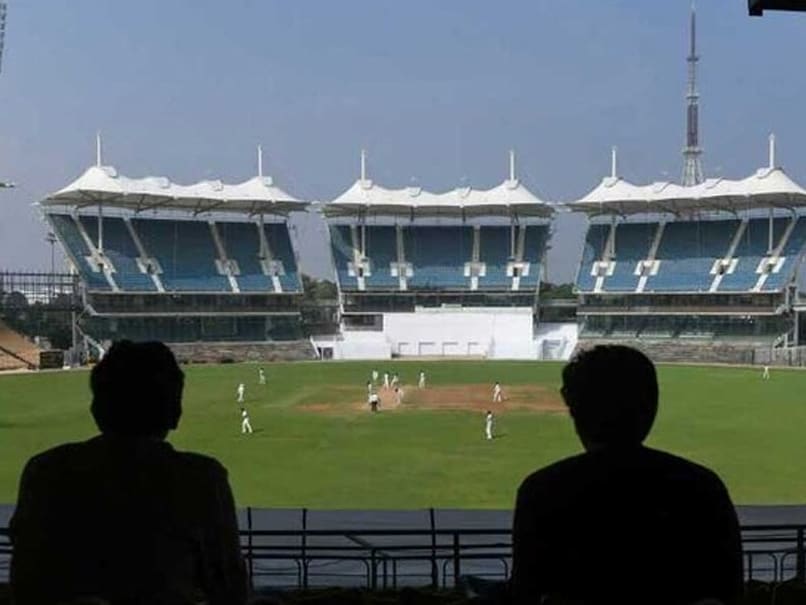 The MA Chidambaram stadium has a capacity of 50,000.© AFP

The second Test between India and England at the MA Chidambaram Stadium, slated to begin from February 13 will have 50 per cent crowd in attendance, Tamil Nadu Cricket Association (TNCA) secretary RS Ramasaamy confirmed on Monday. "We have spoken to the BCCI, we will get official approval for 50 per cent fans by today evening," Ramasaamy told ANI. The first two Tests of the four-match series between India and England will be played in Chennai, and then the action for the last two Tests will move to Ahmedabad.

With three Tests now set to have fans in attendance, only the first Test of the series, beginning February 5 will be played behind closed doors.

Speaking to ANI, a senior TNCA official on Sunday had said that secretary Ramasaamy will speak to BCCI on Monday and only then a decision will be made regarding having fans in the second Test.

"See the new regulations allow for 50 per cent fans, so we are going to speak to the BCCI through our secretary and a decision will be reached only after that. But yes, for now, let's wait and watch till tomorrow," the official said.

Asked about the crowd number, the official said that the Tamil Nadu government has allowed only 50 per cent of the capacity so that will be it. "If we do get the go-ahead, it will only be 50 per cent as per the order of the Tamil Nadu government. But a lot will also depend on the BCCI and the ECB. So, we will get an idea on Monday," the official pointed.

Earlier, the TNCA had informed its members that no tickets would be put on sale for the first two Tests between India and England at the MA Chidambaram Stadium as both the games will be played behind closed doors.

In a circular, accessed by ANI, TNCA secretary RS Ramasaamy had notified the members that the decision has been taken keeping in mind the prevailing COVID-19 pandemic.

MA Chidambaram Stadium, Chennai India vs England 2020-21 Cricket
Get the latest updates on IND vs NZ 2021, check out the Schedule and Live Score . Like us on Facebook or follow us on Twitter for more sports updates. You can also download the NDTV Cricket app for Android or iOS.