India vs England Test Highlights: India thrashed England by an innings and 25 runs to win the four-match series 3-1 and secure a place in the World Test Championship final. 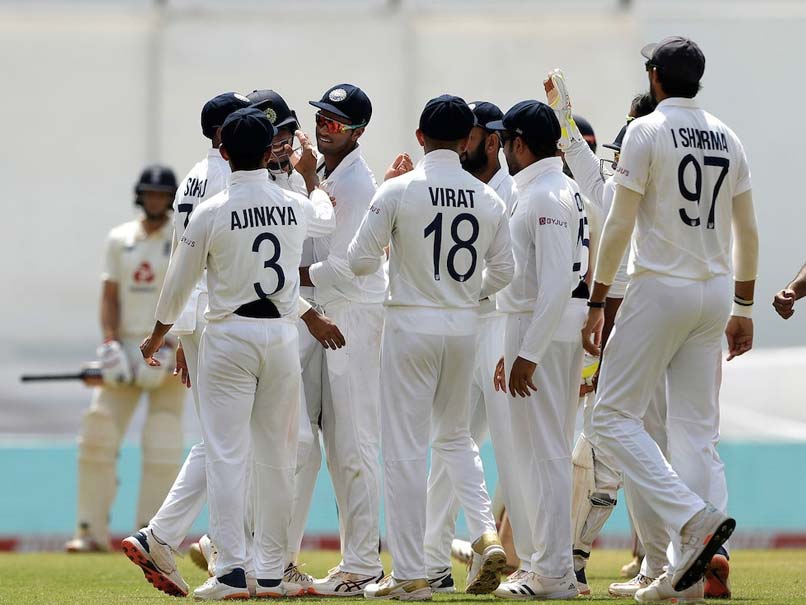 IND vs ENG Highlights: India celebrate a wicket during Day 3 of the 4th Test match.© BCCI

India sealed a huge win against England, on Day 3 of the fourth Test match, at the Narendra Modi Stadium in Ahmedabad. Winning by an innings and 25 runs, the hosts won the four-match series 3-1 and also qualified for the World Test Championship final. Axar Patel and Ravichandran Ashwin were in top form, with the duo registering five-wicket hauls as England's batting order once again floundered in their second innings. The visitors could only post a second innings score of 135 in 54.5 overs, and couldn't overtake India's lead of 160 runs. Joe Root and Dan Lawrence were the only noteworthy batsmen for England, scoring 30 and 50 runs, respectively. The hosts wrapped up their first innings before Lunch, scoring 365 runs, and registered a strong lead of 160 runs. Washington Sundar shone for India during their first innings on Day 3, narrowly missing out on a century. He slammed an unbeaten knock of 96 runs in 174 balls. (SCORECARD)