India vs England, 4th Test: The scorching heat of Ahmedabad will add to the Englishmen's worries in the 4th and final Test of the series. 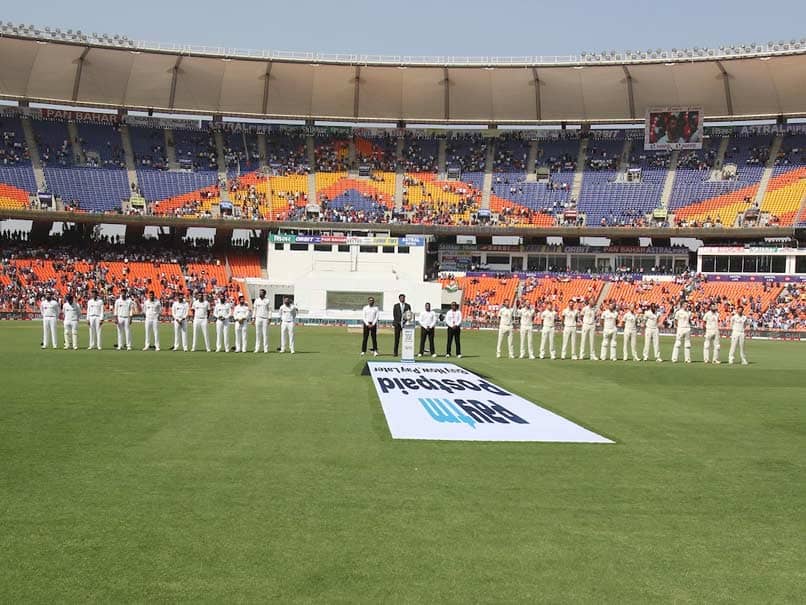 IND vs ENG: The sun is expected to shine bright on all five days of the fourth Test.© BCCI

The enthralling India vs England Test series has entered its last stage, with the fourth and final Test scheduled to begin in Ahmedabad on March 4. With the last Test ending well inside two days, there has been much talk about the nature of the pitch that led to the one of the shortest Test matches ever in game's long history. Among all this, what goes under the radar is the importance of the weather that plays a key role in how a pitch shapes up. The weather was bright and sunny during the last Test match and the same is expected to be the case for the entirety of the upcoming fourth Test. As per weather prediction website Accuweather, the opening day will see a temperature of around 30 degrees Celsius in the morning. While the humidity will be around 16 percent, there are zero chances of precipitation despite a cloud cover of 31 percent.

But as the day progresses, the temperature is expected to shoot up -- climbing to 36 degrees Celsius. The bright sunshine will bring down the humidity to around 12 percent and the cloud cover will remain static at 31 percent.

In the following days, the temperature is expected to rise by at least two percent touching 37 degrees on the second day with next two days witnessing a high of 38 degrees Celsius.

Given the bright sunshine, the players and fans, who will be out in the scorching heat for an extended period of time, must advise caution and apply sunscreen lotion to protect themselves from harmful UV rays and rehydrate themselves from time to time by consuming a lot of liquids.

After winning the last two matches, the host lead the series 2-1 and have their eyes set on the final of the inaugural World Test Championship, scheduled to be held in June at the Lord's. A win or a draw will be enough for them to secure a spot in the final where they will face New Zealand.

England, who are out of the final race after losing the third Test, will look to salvage some pride by winning the last match and drawing the series.

Sardar Patel Stadium, Motera, Ahmedabad India vs England 2020-21 Cricket India vs England, 4th Test
Get the latest updates on IPL 2021, IPL Points Table , IPL Schedule 2021 , live score . Like us on Facebook or follow us on Twitter for more sports updates. You can also download the NDTV Cricket app for Android or iOS.