India vs England: Virat Kohli was batting when he had to step away to avoid a pitch invader on Day 1 of the 3rd Test against England. 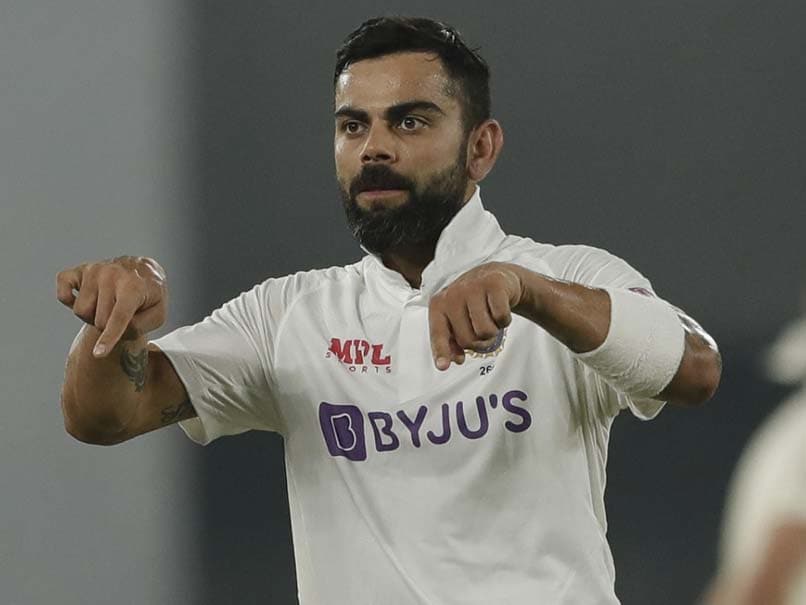 A fan on Wednesday breached the bio-bubble and security protocol on day one of the ongoing third Test between India and England at the Narendra Modi Stadium in Ahmedabad as he entered the field of play to meet India captain Virat Kohli. However, Kohli was quick to spot him from far away and he immediately took a few steps back, asking the fan to return. On realising his mistake, the fan turned back and seeing that the entire crowd started cheering.

As part of the bio-bubble protocols, there is a high amount of strictness and the players and match officials are not allowed to meet anybody. Even, the training sessions before the match are held with every precaution taken care of. 50 per cent crowd has been allowed in the ongoing pink-ball Test at the Narendra Modi Stadium.

When ANI contacted a GCA official about the fan breaching the protocols, he replied: "We will look into the matter and we will find out who the fan was. Some sort of action we will take as the matter is serious and safety of everyone is of utmost importance."

In the match, Ishant Sharma playing the 100th Test provided India with the first breakthrough and after the first wicket, the spinners took over the mantle from the pacer. Ravichandran Ashwin and Axar spun a web over visitors to bundled out them for 112 in the first innings.

India ended the opening day of the pink-ball Test against England in the driver's seat as Rohit hit a half-century to take the hosts at 99/3. India are trailing by 13 runs in the first innings with seven wickets in the bag.

After surviving the five overs in the tricky twilight phase and then battling out for 14.5 overs and India lost their first wicket off the last ball of the 15th overs when Jofra Archer dismissed Shubman Gill for a 51-ball 11. He skied an attempted pull to give Zak Crawley an easy catch. Minutes later, the hosts lost Cheteshwar Pujara as he was trapped in front by Jack Leach.

Meanwhile, Rohit continued his good form and completed his half-century. Rohit and Kohli also brought up the fifty-run partnership to steady the Indian ship after two quick wickets. But Leach struck again to break the 64-run stand for the third wicket as Kohli chopped the ball onto his stumps.

Virat Kohli India vs England, 3rd Test Cricket
Get the latest updates on ICC T20 Worldcup 2022, check out the Schedule and Live Score. Like us on Facebook or follow us on Twitter for more sports updates. You can also download the NDTV Cricket app for Android or iOS.