India vs England: Mohammed Siraj's Reaction To Ravichandran Ashwin's 100 "What Team Sport Is All About", Says Sachin Tendulkar

India vs England: As Ravichandran Ashwin completed his ton in the second Test against England, Mohammed Siraj was seen celebrating it like he himself scored a century. 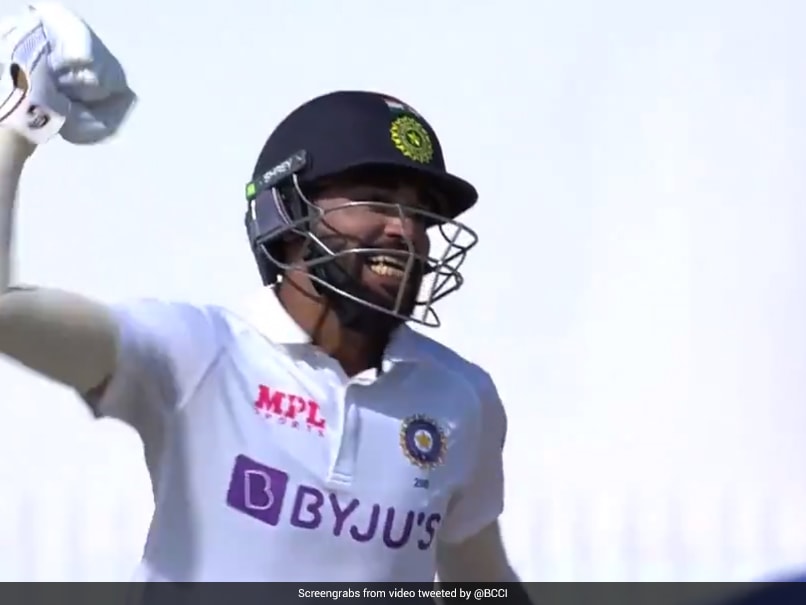 IND vs ENG: Mohammed Siraj was seen punching in the air after Ravichandran Ashwin's ton.© Twitter

Former India batsman Sachin Tendulkar "enjoyed" Mohammed Siraj's reaction, which came after Ravichandran Ashwin completed his century in the second Test against England in Chennai. Tendulkar further lauded Siraj and said this is what team sport is about. As Ashwin scored his 100th run in the second innings, Siraj, who was at the other end of the crease, was seen punching in the air and celebrating it like he himself scored a century. Ashwin played a knock of 106 runs in the second innings and scalped eight wickets in the game, as India defeated England by a hefty margin of 317 runs at the MA Chidambaram Stadium.

Taking to Twitter, Tendulkar wrote, "@mdsirajofficial's reaction to @ashwinravi99 getting to his century was very interesting & I thoroughly enjoyed that. This is what Team Sport is all about.... enjoying and being a part of your teammates'' success. Proud of you Siraj & #TeamIndia!"

.@mdsirajofficial's reaction to @ashwinravi99 getting to his century was very interesting & I thoroughly enjoyed that.
This is what Team Sport is all about.... enjoying and being a part of your teammates' success.

Proud of you Siraj & #TeamIndia!pic.twitter.com/rP7ITEaiJ4

Ashwin retweeted Tendulkar's tweet and said, "@mdsirajofficial has been nothing but a team man."

India remains in contention to make it to the final of the ICC World Test Championship, after completing an impressive victory over England in the second Test to draw level in the four-match series.

The victory in Chennai on Tuesday has lifted India to the second position with 69.7 percentage points on the points table, but they cannot afford to lose another match as they need to win 2-1 or 3-1 to qualify for the final of the maiden edition of the championship.

England, who led the table after winning the opening Test, have slipped to the fourth spot with 67.0 percentage points. They can still qualify, but for that, they must win both remaining matches of the series against India.

New Zealand has already qualified for the final while Australia can qualify ahead of India and England, if the ongoing series is drawn or if England win 2-1.

India levelled the four-match Test series 1-1 against England and the third Test will begin from February 24. It will be a day-night affair in Ahmedabad.