India vs England: Ajinkya Rahane was involved in a controversial DRS call on Day 1 of the second Test, with England's Jack Leach going on to later compare the DRS technology with VAR. 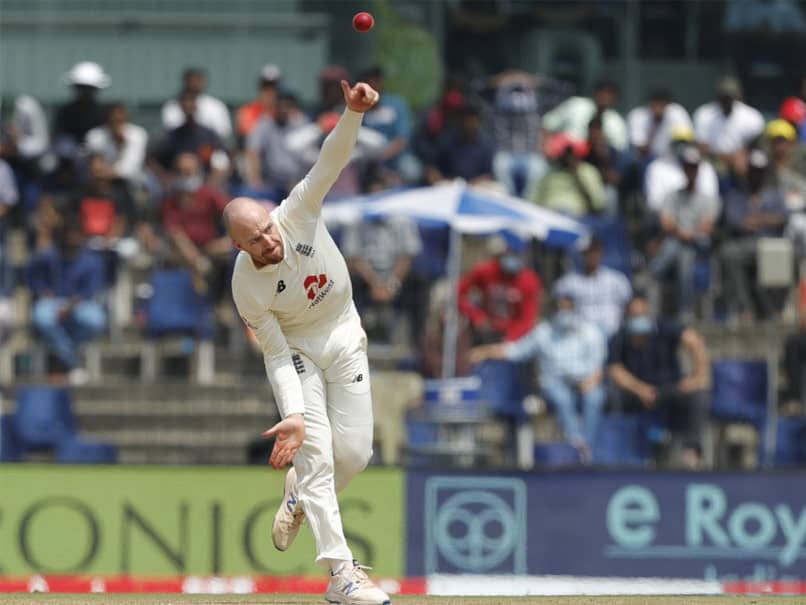 IND vs ENG: Jack Leach picked two wickets on Day 1 of the second Test between India and England.© BCCI

England spinner Jack Leach on Saturday said that the Decision Review System (DRS) behaved like a Video Assistant Referee (VAR), on Day one of the second Test against India at the MA Chidambaram Stadium. VAR has been a controversial addition to the sport of football and there have been many who have questioned, whether the technology is aiding the sport or hampering it. Leach's remarks came as Ajinkya Rahane survived a close DRS call. The visitors' had made a huge appeal of Rahane being caught at bat-pad, but the on-field umpire turned it down, and then the Three Lions opted for a review. However, the third umpire Anil Chaudhary did not look at all the angles, and he stayed with the on-field call.

Chaudhary missed out on seeing one particular angle and once it was shown after the not-out call was made, it was clear that Rahane was indeed out. However, the umpires realised their mistake, and they gave England their lost review back.

"We were trying to get the third umpire to roll it through, they were checking LBW, we knew that would have been not out, we were just trying to get them looking at what happened after the ball hit his pad. It is a bit like VAR today, still controversial, it is what it is," said Leach during a virtual press conference on Saturday.

"They said they were checking it, then the LBW picture came up, we were saying no, no. We wanted them to check the other one. I got the impression that they hadn't checked it (the angle we wanted the umpires to check). There is nothing I can do about it, at that time, I was angry but to get Rahane's wicket in the next over, made things little easier," added Leach.

Three Indian wickets in the final hour of play tipped the opening Day of the second Test slightly in favour of England, after Rohit Sharma's sensational knock had set the India innings up on Saturday. The hosts lost Rohit (161), Ajinkya Rahane (67), and Ravichandran Ashwin (15) in the final hour of the play as India lost three wickets in the third session after holding the fort before tea.

At stumps, India's score reads 300/6 with Rishabh Pant and Axar Patel unbeaten at 33 and five runs respectively. For England, Leach and Moeen Ali picked two, while Olly Stone and skipper Joe Root scalped a wicket each.

"It was a hard-fought day, we had to be patient throughout the day, we got a couple of wickets towards the end and it was good, with the new ball hopefully tomorrow morning, we can get a couple of wickets quickly and get back. As you saw with Rohit Sharma and Ajinkya Rahane, once you get a partnership going, it can get a little bit easier, we have to hope that we can do the same when we come to bat," said Leach.

"Compared to the first wicket, we played on, I would say that the pitch is turning a bit more, the wicket seems a little bit drier and it is spinning. Rohit played a serious knock, he is obviously a world-class player, to see how he went about it, he batted well. I thought I bowled well today, I will reflect on my performance in the evening. I tried to be patient as much as I can. This is the best I have bowled, it was all based around being patient and allowing the pitch to do what it was doing. That was my plan," he added.

India skipper Virat Kohli had won the toss and opted to bat. The hosts made three changes to their lineup as they brought in Axar Patel, Kuldeep Yadav, and Mohammed Siraj in place of Shahbaz Nadeem, Washington Sundar, and Jasprit Bumrah.

On the other hand, England made four changes as the side brought in Moeen Ali, Stuart Broad, Olly Stone, and Ben Foakes in place of Dominic Bess, Jofra Archer, James Anderson, and Jos Buttler.

Ajinkya Rahane Jack Leach Cricket
Get the latest updates on IPL 2021, IPL Points Table , IPL Schedule 2021 , live score . Like us on Facebook or follow us on Twitter for more sports updates. You can also download the NDTV Cricket app for Android or iOS.