India vs England, 1st Test: We Are Looking At First Innings Total Of 600-700, Says Joe Root

India vs England: England ended the opening day at a promising 263 for three with Joe Root scoring a fine century in his 100th Test. 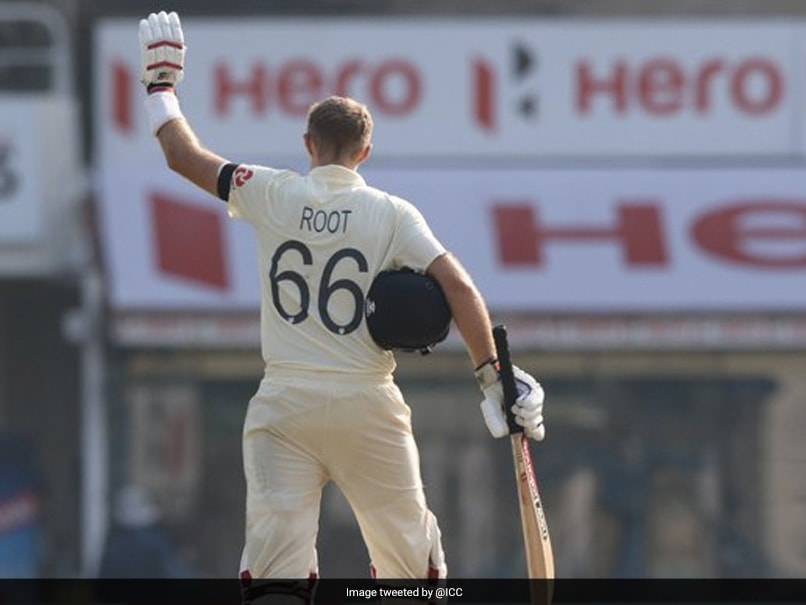 Virat Kohli helping his opposite number Joe Root deal with cramps became one of the moments of the opening day, but that act of "good sportsmanship" will not stop the England skipper from cashing on his memorable hundred, and chasing a first-innings total in the range of 600-700 on Day two. Opting to bat, England ended Day one at a promising 263 for three with Root scoring a fine century in his 100th Test. He batted with remarkable fluency, whether it was tackling the Indian spinners or the reverse swing generated by the pacers.

Speaking to media in a virtual interaction after day's play, Root said he would be ready for more on Saturday.

"Yeah, I am ready for more tomorrow...hopefully get back, a bit frustrating, very kind of Virat (Kohli) to help me out (with cramps), good sportsmanship from him...It's just like a long day and then after a few overs I get some fluids and cooled down."

About the surface and felt how many runs could be scored, Root said: "We have got to look and try and get as many as we can 600-700 if we can, really trying to make most of the first innings make it good and those four overs trying to work quickly."

"So if we can bat into whole of tomorrow or maybe day three then things could speed up quite quickly for us and you never know what can happen for that point onwards..."

Root was in red hot form in the preceding series against Sri Lanka but said the conditions can't be compared to India.

"..It has been a really impressive start for us and we got to make it count and that is going to be the challenge for this tour, we need to bat long periods of time in these conditions."

"Different challenges, I think in Sri Lanka, there was obviously a little bit more lateral moment, more spin, while here it was more trying to counter the bounce initially against the spinners and obviously challenging reverse swing from the seamers."

"So it was very different and it's always difficult to try put two against each other," he added.

Batting on 128, Root stressed on the importance of carrying on.

"Playing the 100th Test was special and I mean coming in with some good form and I need to make sure I cash in on...Over the course of my career I've not always gone to make really big scores, so for me to be going and doing that currently is really pleasing..."

"And I keep getting myself in positions to make big hundreds and I have got to keep taking them, and we're going to win more games if I'm doing that and so hopefully, I can kick on tomorrow personally but most importantly we can have a bat tomorrow and we can be in a strong position in this game."

The England captain was all praise for opener Dominic Sibley, who made a dogged 87.

"Yeah it was a fantastic innings today...coming from Sri Lanka, a few question marks about him. Against a high quality attack and reverse swing it was impressive. Must take a lot of heart for the rest of the series as well," he added.

Asked if he had made any technical changes to his game of late, he said: "I have looked at few areas of my game and looked at certain trends of how I was getting out certain times in my innings and try to eradicate it, try to improve things and evolve as a player and at the moment it seems to be working nicely and then the challenge can I continue to, can I get better all the time."

He was surprised by his teammates on Thursday night ahead of his 100th Test.

"Yeah...it was very special, last night the guys (got a) surprise for me and said videos from past players, friends and family and Ben (Stokes) in particular stood up and said really kind words, and then to come today and for us start a series in the way we have it, it could not have gone any better..."

"...we got a little blip in end (Sibley getting out), so really hope that we can build on that tomorrow and delighted to have things go our way," he said.