India vs England: Before the start of the play on the second day, Indian skipper Virat Kohli got his team in a huddle and gave them a pep talk. 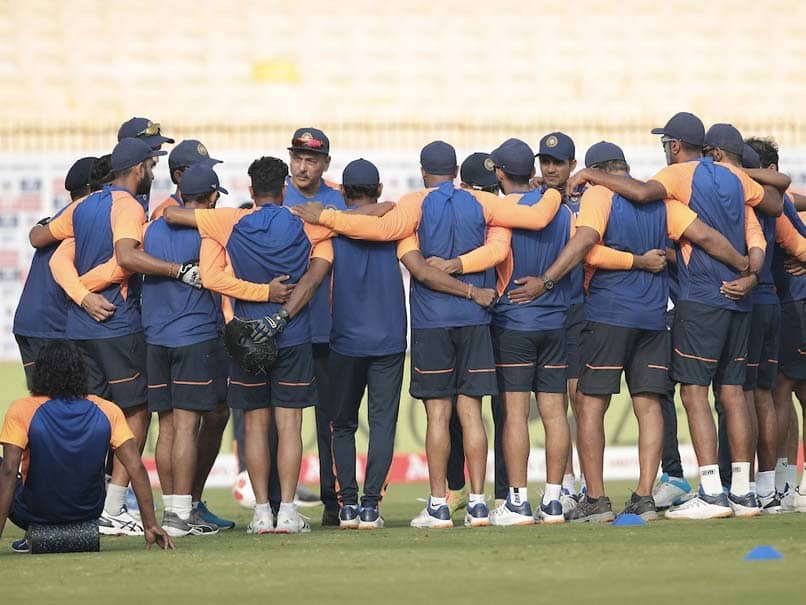 Ahead of the start of day two of the ongoing first Test against England, Indian skipper Virat Kohli on Saturday got his team in a huddle and gave a pep talk. The Indian team chased the leather on Friday as Joe Root and Dominic Sibley frustrated the hosts on day one of the first Test at the MA Chidambaram Stadium in Chennai.

BCCI's official Twitter handle shared a video on Saturday in which Kohli can be seen giving a pep talk and the board captioned the post as: "Rise and shine. We are building up to DAY 2 here at Chepauk."

We are building up to DAY here at Chepauk #TeamIndia #INDvENG @Paytm pic.twitter.com/siebtqIW0c

Root, playing his 100th Test on Friday, hit an unbeaten 128 runs off 197 balls. It was also Root's third consecutive hundred in the longest format of the game. The England skipper had hit 228 and 186 runs against Sri Lanka in January.

Jasprit Bumrah, who picked two wickets on day one, also said that he noticed how well Root was playing the spinners. Bumrah asserted the hosts will not just be focusing on the England skipper when the two sides take the field on Saturday as all remaining seven wickets are equally important.

"Every wicket is equally important for us. All wickets are equally important not focusing on one particular individual (Root). We picked up three wickets today and our goal will be to pick seven wickets and we are focusing on that. Not a particular individual, there are many good players in their team and we give everyone equal respect," Bumrah said replying to a query from ANI after the close of play on day one.

Root and Dom Sibley put England in control in the first Test, forming a stunning 200-run partnership on the opening day. At stumps, England's score read 263/3 with Root playing on 128 runs. However, India ended the day on a high as Bumrah dismissed Sibley (87) in the 90th over.