Former England skipper Michael Vaughan questioned India's decision to leave left-arm spinner Kuldeep Yadav out once again and said if he will not play in India then where will he play. 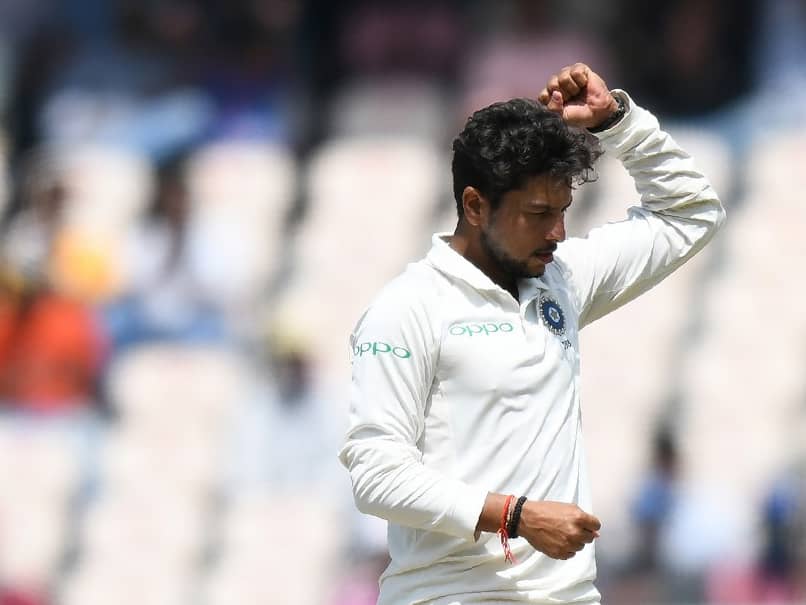 IND vs ENG: Kuldeep Yadav last played a Test almost two years ago in 2019 against Australia in Sydney.© AFP

Former England skipper Michael Vaughan on Friday said that not picking left-arm spinner Kuldeep Yadav in the playing XI for the first Test was a "ridiculous decision" from India. India went in with three specialist spinners in Ravichandran Ashwin, Washington Sundar and  Shahbaz Nadeem. Nadem and Rahul Chahar were added to the squad after all-rounder Axar Patel was ruled out of the first Test of the four-match series against England.

Vaughan questioned the decision to leave left-arm spinner out once again and said if Kuldeep will not play in India then where will he play.

"Ridiculous decision by #India not to play @imkuldeep18!!! If he isn't going to play at home with the injuries they have when is he going to play!!! #INDvENG," Vaughan tweeted.

Ridiculous decision by #India not to play @imkuldeep18 !!! If he isn't going to play at home with the injuries they have when is he going to play !!! #INDvENG

Meanwhile, England batsman Dom Sibley and skipper Joe Root have taken the visitors to a solid position after losing two quick wickets in the first session on day one of the opening Test.

In the second session, visitors did not lose any wickets and added 73 runs. Indian bowlers tried hard but failed to break the third-wicket partnership between Sibley and Root.

Off-spinner Ravichandran Ashwin gave India the first breakthrough as he git rid of opener Rory Burns, who departed after scoring 33 runs. Bumrah struck in the soon after, sending  Dan Lawrence back to the pavilion for a duck.