India vs England: Ben Stokes gave an epic reaction from the dressing room as Rohit Sharma dropped a sitter off Washington Sundar's bowling on Day 2 of the Chennai Test. 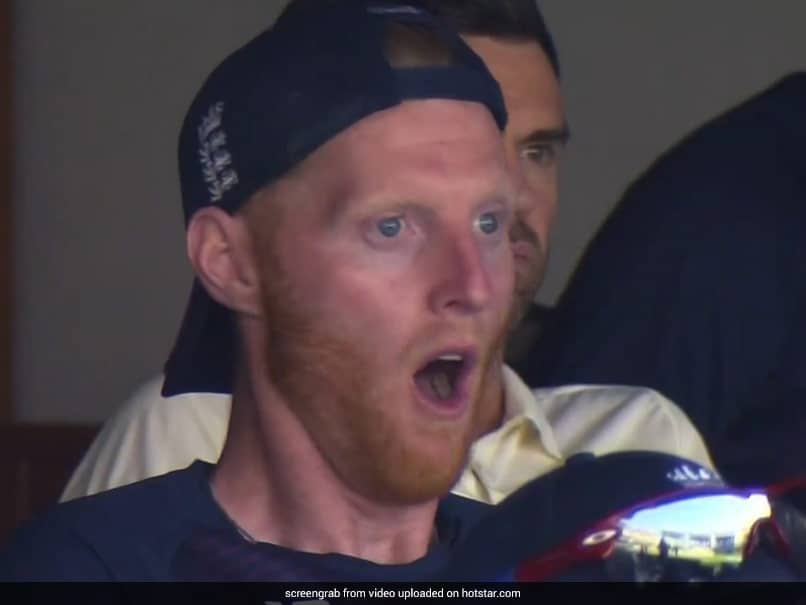 IND vs ENG, 1st Test: Ben Stokes looked shocked as he tried to cover his face with the hand in disbelief.© Hotstar

Rohit Sharma put down a simple catch at straight midwicket, in the 175th over of the England innings on Day 2 of the first Test in Chennai. English cricketer Dom Bess stepped out and attempted to flick Washington Sundar, hitting the ball in the air towards Rohit who received the ball at chest height. The Team India player tried to complete the catch with his fingers pointing up but ended by spilling it. Ben Stokes looked shocked as he tried to cover his face with the hand in disbelief. Indian skipper Virat Kohli also had a dejected look on his face, following this missed opportunity.

Former England captain Michael Vaughan reacted to this dropped catch by Rohit, with a tongue-in-cheek response on social media platform Twitter. "Welcome to my fielding academy @ImRo45!! #INDvENG," read the reaction from Vaughan.

Team India are currently in the middle of a four-match Test series against England, with the opening Test being held at the MA Chidambaram Stadium. The game is being held behind closed doors, due to restrictions imposed as a precaution against COVID-19.

The second clash will be held at the same venue but the Tamil Nadu Cricket Association is expecting to have 50 per cent crowd for the next Test, starting February 13.

The final two games of the Test series will be held in Ahmedabad.

The conclusion of the four games in the longest format, will be followed by five T20I clashes. All the games will be held at the refurbished Motera stadium.

England's tour of India will conclude with a three-match ODI series, which will take place at the Maharashtra Cricket Association Stadium in Pune.

Virat Kohli Michael Vaughan Cricket
Get the latest updates on IPL 2021, IPL Points Table , IPL Schedule 2021 , live score . Like us on Facebook or follow us on Twitter for more sports updates. You can also download the NDTV Cricket app for Android or iOS.