Saqlain Mushrtaq confirmed that he had signed a contract to assist English spinners, Moeen Ali and Adil Rashid, during the three-match ODI series against India 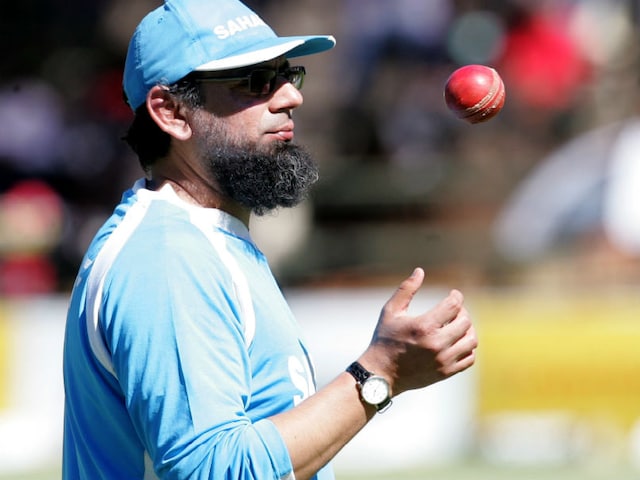 Saqlain Mushtaq will help England strategise for the spin-friendly conditions in India.© AFP

Former Pakistan off-spinner Saqlain Mushtaq will continue to help the touring English spinners in the upcoming ODI series in India.

Saqlain confirmed that he had signed a contract to assist English spinners, Moeen Ali and Adil Rashid, during the three-match ODI series against India.

Saqlain, who was hired by the England and Wales Cricket Board (ECB) to help the English spinners for the first two Tests will continue in his role in the ODI series, starting from January 15.

After a draw in the first Test, England has been outplayed in the next two Tests by the Indian spinners, particularly Ravichandran Ashwin who has taken 15 wickets in the three matches.

Saqlain told the Pakistani media from England that he had enjoyed coaching the English players in India despite the ongoing tensions between the two neighbouring countries.

"I faced no problems and it was a good experience for me as a bowling coach and consultant," Saqlain said.

He also felt that the English spinners were eager learners and would improve as the series progresses.

But Saqlain expressed his desire to work with Pakistan cricket.

"It is a matter of pride for me that I am asked to help spinners from different countries but my wish is still to give something back to Pakistan cricket," he said.

"I am ready to offer my services to the Pakistan Cricket Board whenever they need me."

Saqlain, who was hired for a short time by the PCB to work with Saeed Ajmal last year, said Director, Academies Mudassar Nazar had indicated to him that his services would be required soon in Pakistan.

Comments
Topics mentioned in this article
India Cricket Team England Cricket Team India vs England 2016 Saqlain Mushtaq Adil Rashid Cricket
Get the latest Cricket news, check out the India cricket schedule, Cricket live score . Like us on Facebook or follow us on Twitter for more sports updates. You can also download the NDTV Cricket app for Android or iOS.