Moeen Ali scored fifth ton of his Test career and second of the series against India. 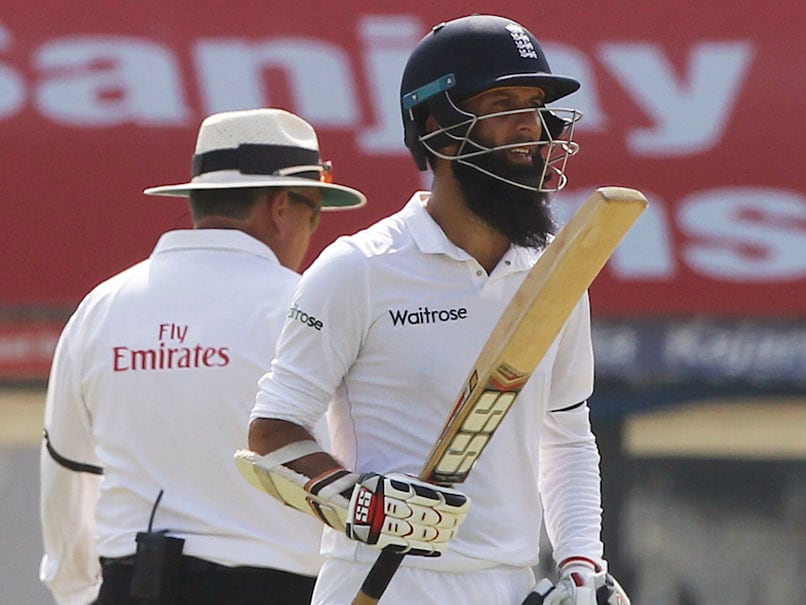 England batsman Moeen Alion Friday scored his fifth Test century to take England past 250 on Day 1 of the fifth Test match against India in Chennai.

After his first Test hundred at Rajkot in the series, the 29-year-old completed his second ton in 203 balls.

After two early wickets, Moeen came at the crease in the 13th over itself and looked a bit scratchy at the start of his innings. He looked particularly insecure before lunch. He was, in fact, given a life at nought when he flicked Ravindra Jadejauppishly and through the hands of KL Rahul.

But Moeen grew in confidence after the lunch break and didn't let Indian spinners settle in. He targeted Amit Mishra, who came back into the side because Jayant Yadav was out with a hamstring niggle, who gave 30 runs in the seven overs before tea.

Moeen made his mark in the English side after making his international debut in 2014. He has also taken 97 wickets in 36 Test matches.

Comments
Topics mentioned in this article
England Cricket Team India Cricket Team Moeen Munir Ali Amit Mishra India vs England 2016 Cricket
Get the latest updates on ICC Women's Cricket World Cup 2022 and IPL 2022, check out the Schedule , Live Score and IPL Points Table. Like us on Facebook or follow us on Twitter for more sports updates. You can also download the NDTV Cricket app for Android or iOS.