Shoaib Akhtar praised India's T20I performance and also said Bangladesh have grown as a "side to beat now". 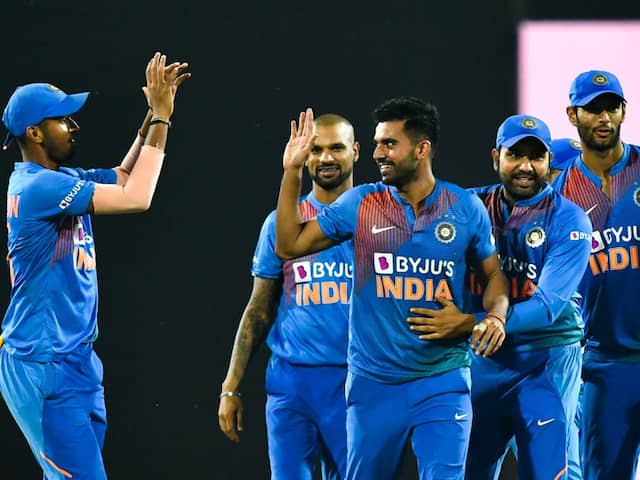 Shoaib Akhtar, former Pakistan fast bowler, said India proved "who is the boss" during the third Twenty20 International (T20I) against Bangladesh in Nagpur on Sunday. In his latest YouTube video, Shoaib Akhtar said India might have lost the first match but then stand-in captain Rohit Sharma played brilliantly in the second clash and helped India level the series. Shoaib Akhtar, 44, also feels Bangladesh are a side to beat now as they have improved their performances in the past few years.

"India proved who is the boss in the match, they lost the first match against Bangladesh, but then when Rohit Sharma returned in second T20I to play a long innings, he's a great talent, can score any time," Shoaib Akhtar said on his latest YouTube video.

"In the third T20I we expected it to be a good contest, though it was one, India came out as a much better side and hat's off to Bangladesh

"Bangladesh is a team to beat by the way, they are no ordinary side, this is not the same Bangladesh side which played 20 years ago. This is a side who will be challenging to you," Akhtar added.

India clinched the T20I series 2-1 against Bangladesh. They will next host the visitors in a two-Test series starting from November 14. The second match which marks India's first-ever Day-Night Test match will commence from November 22 at the Eden Gardens in Kolkata.

Bangladesh Cricket Team India vs Bangladesh Shoaib Akhtar Cricket
Get the latest updates on IPL 2020, check out the IPL Schedule for 2020 and Indian Premier League (IPL) Cricket live score . Like us on Facebook or follow us on Twitter for more sports updates. You can also download the NDTV Cricket app for Android or iOS.