Rohit Sharma is leading India in the absence of Virat Kohli and in the process completed 100 T20I matches when he stepped out to play against Bangladesh in Rajkot. 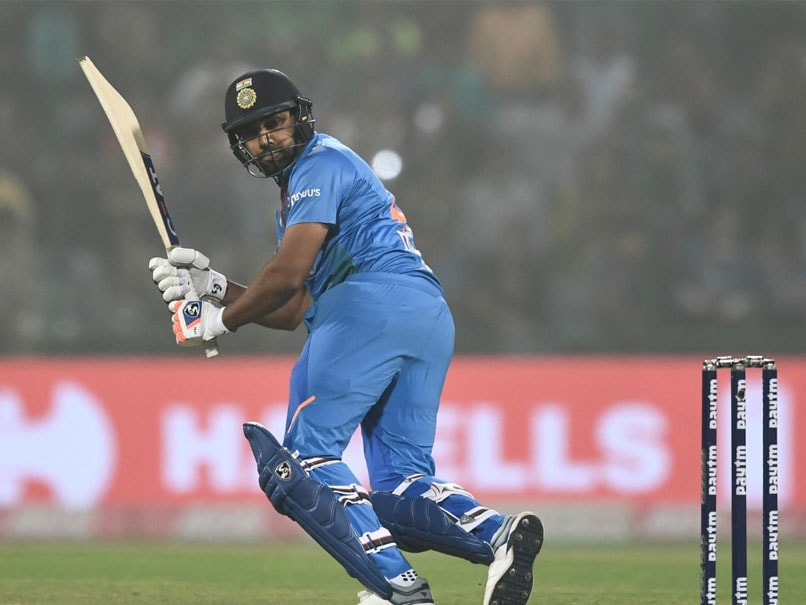 Rohit Sharma, who is leading India in the three-match Twenty20 International (T20I) series against Bangladesh, walked out to play his 100th match in the shortest format of the game as the hosts opted to bowl in Rajkot on Thursday. Ahead of the match, the Board of Control for Cricket in India (BCCI) shared a video on their Twitter handle in which Rohit talked about his journey so far. "I never thought I will play so many games, grateful for opportunities I've got in the past. It has been a long journey since I made a debut. There have been ups and downs, I have understood my game through the experience. Very happy where I stand right now and it is great to know I'll be walking out to play my 100th T20I for India," Rohit said.

Rohit Sharma has scored 2,452 T20I runs so far that include four centuries and 17 fifties. When asked to rate his best T20I knock, Rohit said that he cannot pick a favorite as all of them were equally important.

"Cannot rate any one of my knocks like that. All 4 knocks were important, The first one was important as it was the first one, although we lost that game. The next three centuries came in a winning cause," Rohit further added.

.@ImRo45 is all set to play his 100th T20I tonight. Watch the Hitman share his thoughts on his memorable journey so far - by @28anand #TeamIndia pic.twitter.com/niSC8Gg0ZQ

In the first T20I against Bangladesh, that the hosts lost by 7 wickets, Rohit surpassed MS Dhoni to become the most capped Indian player in men's cricket.

On Thursday, Rohit joined Harmanpreet Kaur, who has also played 100 T20Is in women's cricket, to become the second Indian to achieve the feat.

Rohit Sharma, who made his T20I debut against England during the World T20 in 2007, is now second on the overall list of most capped T20I players, only behind Pakistan's Shoaib Malik.

Rohit Sharma Cricket Saurashtra Cricket Association Stadium, Rajkot India vs Bangladesh, 2nd T20I India vs Bangladesh
Get the latest updates on SA vs IND 2021-22, check out the Schedule and Live Score . Like us on Facebook or follow us on Twitter for more sports updates. You can also download the NDTV Cricket app for Android or iOS.