Rohit Sharma has now represented India in 99 T20Is while MS Dhoni has played 98 matches for the country in the shortest format. 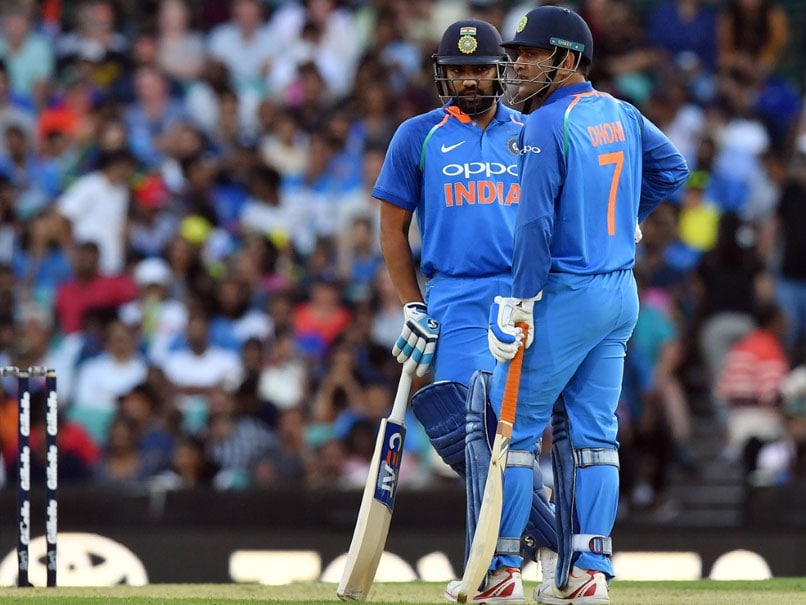 Rohit Sharma surpassed MS Dhoni to become the most capped T20I player for India during the first Twenty20 International (T20I) against Bangladesh at the Arun Jaitley Stadium in New Delhi on Sunday. Stand-in captain Rohit Sharma has now represented India in 99 T20Is overtaking MS Dhoni's tally of 98 matches. Rohit Sharma has scored four centuries and 17 half-centuries in T20Is, accumulating 2,443 runs at an average of 32.14. His batting prowess at the top of the order also makes him one of the most important players for India in the shortest format of the game. He has a high score of 118 in this format.

Rohit Sharma had made his T20I debut against England during the World T20 in 2007. The Mumbai batsman is third in the overall list of most capped T20I players behind Pakistan's Shoaib Malik (111) and Shahid Afridi (99).

Rohit Sharma is leading India in the T20I series against Bangladesh as regular captain Virat Kohli has been rested.

Bangladesh have never beaten India in a T20I match and it will be a chance for Rohit Sharma to help his national team maintain the record.