India vs Australia: The Virat Kohli-led team lost the first Test by 333-runs to the visitors in Pune. 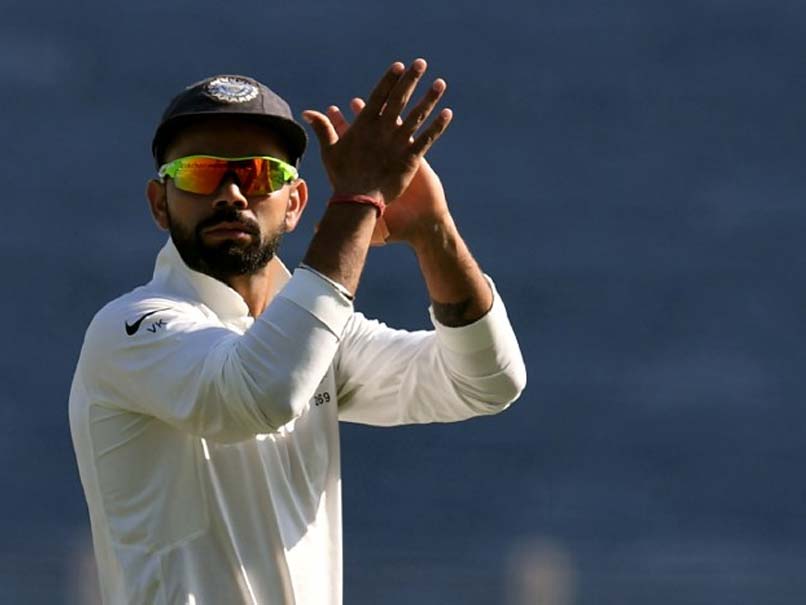 Virat Kohli is currently leading the Indian cricket team against Australia in a 4-Test series.© AFP

Virat Kohli is 'losing respect' for sledging, says Ian Healy. The former Australian wicketkeeping great said he is "losing respect" for the India captain for his constant sledging of the Australians in the ongoing second Test at the M Chinnaswamy Stadium in Bengaluru but other former Australian players see it differently. Healy said Kohli disrespected Australia and the Indian captain should tone down his trademark on-field aggression. He also said that Kohli's confrontational attitude is putting pressure on his teammates.

Former Australian player Simon Katich, however, offered a totally different assessment. He felt neither side crossed the line while the tension was understandable considering the magnitude of the series between the two top-ranked Test sides.

Kohli was on a sledging spree on day two of the second Test in Bangalore. After frequent exchanges between Kohli and Steven Smith, the India skipper tried to unnerve opener Matt Renshaw by reminding him of the "toilet break" he took in the Pune Test.

"The pressure is starting to tell on (Kohli). I'm losing respect for him. He's got to be a lot more respectful of his opponents. The stuff he did with Steve Smith was unacceptable," the 119-Test veteran Healy told Melbourne radio station SEN.

Healy felt Kohli's actions was putting unwanted pressure on his own players.

"I've said in the past, he (Kohli) is the best batsman I've ever seen. His feistiness and real aggression towards the opposition has been good (in the past), especially when he was not captain. It would lead his team with him. They're more timid than they look and they let on, the Indian cricketers.

"So Kohli's aggression was good for them. But I think it's not good for them anymore. He's really putting some pressure on (his players). You can read pressure all over Ravi Ashwin's face. I think there are massive cracks showing in (Kohli)," said Healy.

Katich, however, said that both Kohli and his counterpart Steve Smith handled a tense situation of a vital Test with aplomb.

"I thought both of them handled it extremely well. You could tell there was a lot of emotion out there, India were desperate for wickets. They know Steve Smith is a huge wicket," Katich said on ABC's Grandstand at Stumps podcast.

Comments
Topics mentioned in this article
India Cricket Team Australia Cricket Team Virat Kohli Ian Healy M.Chinnaswamy Stadium, Bengaluru India vs Australia 2017 Cricket
Get the latest updates on ICC T20 Worldcup 2022 and CWG 2022 check out the Schedule, Live Score and Medals Tally. Like us on Facebook or follow us on Twitter for more sports updates. You can also download the NDTV Cricket app for Android or iOS.