Australia found salvation in Shaun Marsh and Peter Handscomb as they kept the unimaginative Indian bowling at bay. 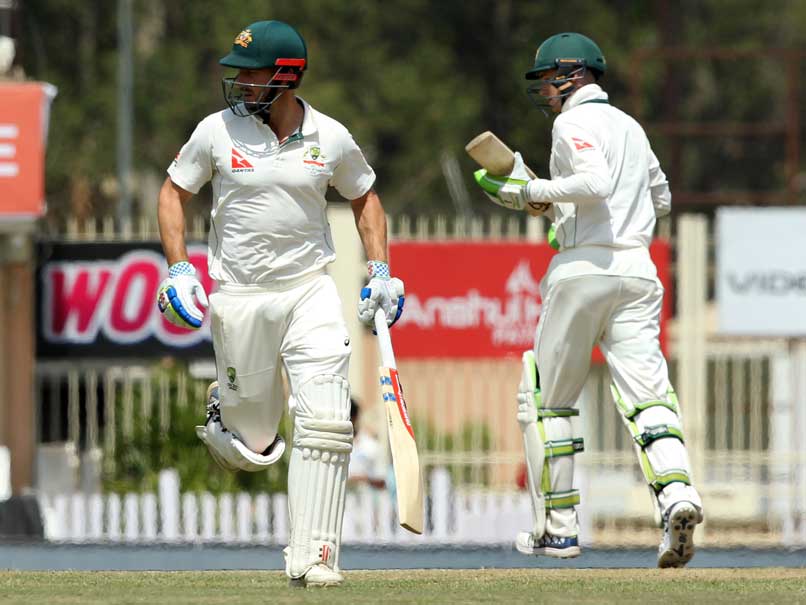 India vs Australia: The third Test in Ranchi ended in a draw. The series is tied 1-1.© BCCI

A superb 124-run fifth-wicket partnership between Shaun Marsh and Peter Handscomb ensured that the 3rd Test between India and Australia ended in a draw. The hosts failed to drive home the advantage they got in the initial stages of the Australian innings and were found way short when it came to running through the visitors' middle-order. Australia were 204/6 when the match was called off, with Handscomb on 72 not out. Marsh scored 53.

With this draw, the series is still tied at 1-1, with one Test to go, at Dharamsala from March 25.

India were all over the Australian batsmen in the morning session of Day Five, especially after skipper Steve Smith was dismissed by Ravindra Jadeja.

Smith completely misjudged the line and trajectory of a Jadeja delivery and lost his off-stump, much to the delight of the Indian team.

Smith has been in sublime form in this series and it was expected that India would be able to run through the rest of the Australian batting once he was dismissed.

It did look like going in that direction once the dependable Peter Renshaw was trapped LBW by Ishant Sharma.

Chasing a 152-run deficit in the first innings, Australia were at one time struggling at 63/4. But Marsh and Handscomb were just not in the mood to surrender.

By the time Marsh fell, becoming Jadeja's fourth victim of the innings, the match was effectively over. Although Ravichandran Ashwin finally claimed a wicket, dismissing Glenn Maxwell, it was too little, too late.

Jadeja was the most effective Indian bowler with four wickets to his credit, to add to the five he had taken in the first innings.

Ashwin was completely ineffective, while Sharma and Umesh Yadav looked threatening in patches, but in all, it was a rather poor bowling performance.

With the series level at 1-1, the Dharamsala Test becomes a virtual final. India would have to win there to snatch back the Border-Gavaskar Trophy, while all Australia would need is a draw, since they are the holders.