Shreyas Iyer scored a brilliant double-century against the touring Australians as the 22-year-old carried his bat through the innings and remained unbeaten on 202 in the three-day warm-up game. 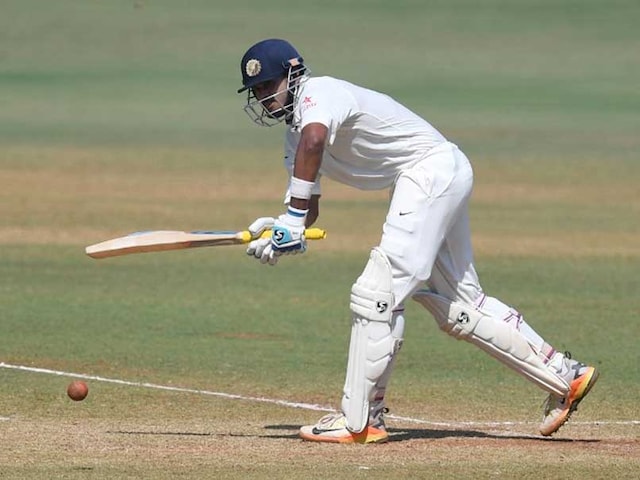 Known to be a prolific run-scorer in domestic cricket, Shreyas Iyer made his mark in the three-day warm-up game against Australia as the right-hander amassed an unbeaten 202 at the Brabourne Stadium, Mumbai. Playing the catch-up game after Australia had put together a big first innings score of 463 for 7, Iyer looked unfazed by the situation as he kept losing partners at the other end. India A were bowled out for 403 as Iyer carried his bat through the innings, hitting 27 fours and seven sixes.

Earlier, the Mumbai opener made the headlines when Delhi Daredevils spent a whopping 2.6 crore on the player in the 2015 IPL auction.

To his credit, Iyer was instrumental in helping Mumbai win their 41st Ranji Trophy title as he scored 1321 runs at an average of 73.38, including a century in the all-important final of the 2015-16 season.

Iyer made his presence felt in the U-19 ranks after hitting back-to-back half-centuries to help India secure a fifth place in the 2014 U-19 World Cup held in UAE.

He was immediately picked for his state side, Mumbai as the youngster made his debut in first-class cricket in the 2014-15 season.

After a not so great stint in the middle-order, the Mumbai lad was eventually promoted up the order to open the innings for Mumbai and Iyer impressed one and all by becoming the leading run-getter for his team in that season with 809 runs at an average of 50.56.

Comments
Topics mentioned in this article
Shreyas Iyer India vs Australia 2017 Australia Cricket Team Brabourne Stadium, Mumbai Cricket
Get the latest Cricket news, check out the India cricket schedule, Cricket live score . Like us on Facebook or follow us on Twitter for more sports updates. You can also download the NDTV Cricket app for Android or iOS.