Discussing the upcoming tour of India, Australia captain Steve Smith said, "If he (David Warner) gets to a hundred, it might be about knuckling down again and going big, get 200 or 300, like Karun Nair did a few weeks ago." 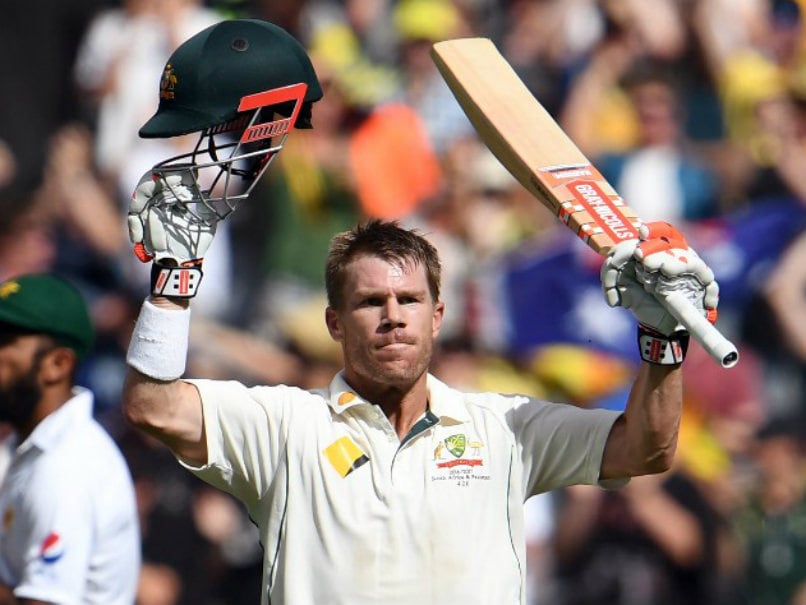 Karun Nair might be a relative newbie in the international cricket circuit, but his triple century against England in the fifth Test last year caused a few ripples around the cricketing world. So much so that, ahead of Australia's tour to India next month,captain Steve Smithhas asked his deputy David Warner to replicate Nair and go for a big ton during the four-match Test series. Nair had scored an unbeaten 303 in the final Test in Chennai against visitors England, helping India win the Test and clinch the series 4-0.

Speaking about the tour to the sub-continent, Smith called on senior players to take more responsibility, and specifically mentioned Nair's name while talking about Warner's batting.

"It's pretty important that our senior players step up in those conditions and take control. It's something we didn't do overly well in Sri Lanka, and we didn't get the results that we wanted there. The senior players - myself, Davey, (Mitchell) Starcy, Josh (Hazlewood) and Nathan Lyon - need to step up and really take control," Smith told ESPNCricinfo.

"I'm going to do it differently to Davey. You don't want to get rid of someone's natural flair and the way they play. But if he gets to a hundred, it might be about knuckling down again and going big, get 200 or 300, like Karun Nair did a few weeks ago. Those are the big scores that set your team up, so just being hungry and willing to keep going and not let up."

Smith acknowledged the challenged ahead of Australia in the upcoming tour, praising the Indian team for its record at home.

"India play incredibly well in their own backyard and each individual is going to have to have plans in place. Ashwin and Jadeja have been incredible for a while now. They have got a couple of good quicks who bowl good reverse swing, and their batsmen score big runs," Smith said.

The Australia captain said England might have lost both the Test and ODI series but the team actually played quite well.

"If the game is dead and buried and we can't win, you want to see the fight to do everything you can to stay out there and get the team a draw. That is something we haven't done overly well in the past," he said.

Comments
Topics mentioned in this article
Australia Cricket Team India Cricket Team David Warner Steven Smith Karun Nair India vs Australia 2017 Cricket
Get the latest updates on SA vs IND 2021-22, check out the Schedule and Live Score . Like us on Facebook or follow us on Twitter for more sports updates. You can also download the NDTV Cricket app for Android or iOS.