Highlights of the Women's World Cup final match between India (Ind) and (Eng) England at the Lord's, London on Sunday. 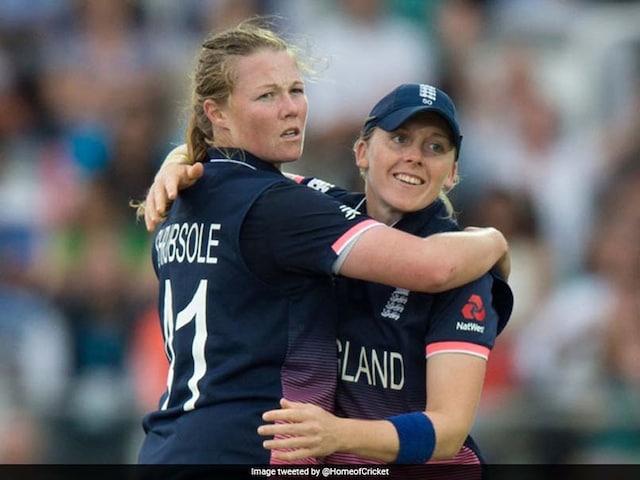 Anya Shrubsole's six-wicket haul helped England beat India by 9 runs in the final of the Women's World Cup at Lord's on Sunday. With this win, hosts England won their fourth ICC Women's World Cup title. India, led by Mithali Raj, had reached the final for the second time and were hoping to win their maiden title. However, they will have to wait for that. Shrubsole ended the match with figures of 6/46. Though Punam Raut's 86 and Harmanpreet Kaur's 51 helped steady India's innings after they lost two wickets, it wasn't enough. India were all out for 219 in 48.4 overs.

Earlier, a disciplined bowling performance from India restricted England to 228/7 in 50 overs. After a steady start, England lost wickets at regular intervals. However, Sarah Taylor (45) and Natalie Sciver (51) steadied the England in the middle overs. Jhulan Goswami, with two wickets in an over, halted England's momentum. For India, Goswami finished with the figure of 3/23 in 10 overs. For England, Natalie Sciver scored the highest. (SCORECARD)

When and Where to Watch: India (Ind) vs (Eng) England