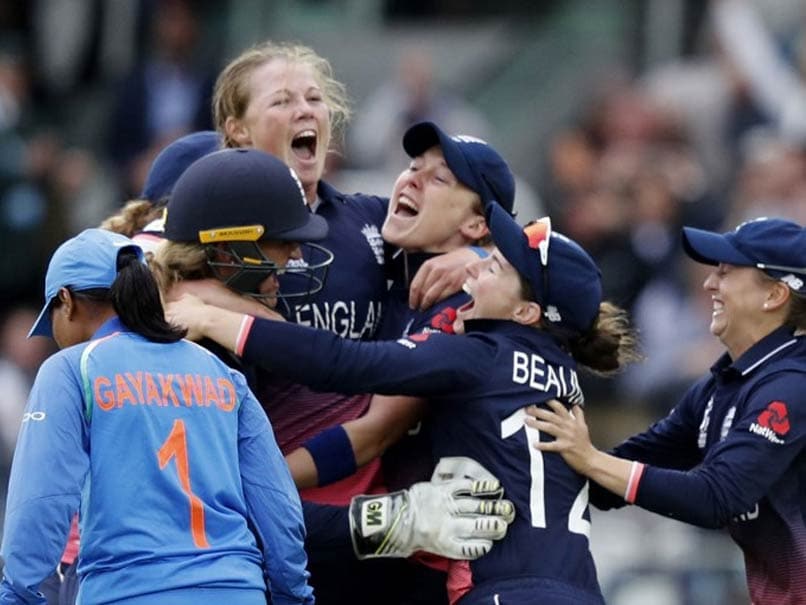 The Indian women's team was left ruing what could have been as they fell just short of etching their names in cricketing folklore. Chasing a very gettable total of 228, they caved in under the pressure of a final and handed England their fourth ICC Women's World Cup title. India's effort, spearheaded by opener Punam Raut, who scored a superb 86 and Harmanpreet Kaur, who chipped in with 51 runs, looked like being very much on its way to making history before a spectacular collapse, as they lost seven wickets for 28 runs, to see history slipping out of their hands.

India finally succumbed to 219 all out in 48.4 overs with medium-pacer Anya Shrubsole claiming 6 wickets for 46 runs.

This was India's second essay into the Women's World Cup final, the first having come in 2005. However, their attempt this time around was way better.

India began their campaign with four straight wins, including against eventual champions England but then fell to two big losses to South Africa and Australia, before ending their league campaign with a fine victory over New Zealand, which took them to the semi-final.

Harmanpreet Kaur's 171 not out masterminded the great victory over Australia in the semis and the entire Indian cricket fraternity was all keyed up for the girls to make history in the final against England.

However, it all came to naught as Mithali Raj's team fell agonizingly short.

Although they did not win, the Indian women did a sensational job right throughout the tournament, which will certainly be a new chapter in Indian women's cricket.

Comments
Topics mentioned in this article
India Women England Women Mithali Raj Heather Knight Lord's, London ICC Women's World Cup Cricket
Get the latest updates on Fifa Worldcup 2022 and check out  Fifa World Cup Schedule, Stats and Live Cricket Score. Like us on Facebook or follow us on Twitter for more sports updates. You can also download the NDTV Cricket app for Android or iOS.