"Our women cricketers gave their best today... Proud of the team," tweeted PM Modi after the match. 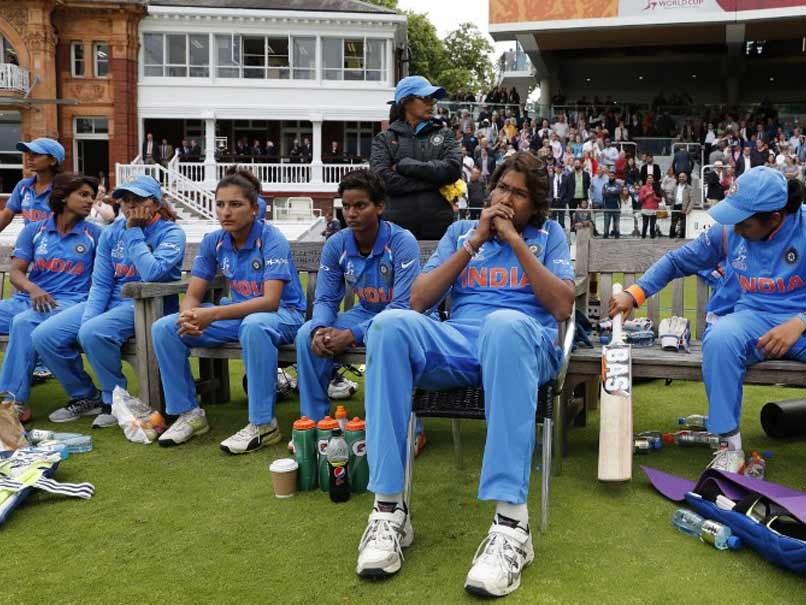 India lost to England by 9 runs in the final of the ICC Women's World Cup.© AFP

Prime Minister Narendra Modi on Sunday hailed the Indian women's cricket team for their performance in the World Cup final. Modi, who had wished the team luck before the final match against England, said the Indian players had shown "remarkable tenacity and skill" through out the tournament. "Our women cricketers gave their best today. They have shown remarkable tenacity & skill through the World Cup. Proud of the team," the Prime Minister tweeted. Chasing a victory target of 229 runs, the Indian team lost to England by nine runs at Lord's. Before the match, the Prime Minister had posted a number of tweets, conveying his best wishes to the team and the players individually.

Our women cricketers gave their best today. They have shown remarkable tenacity & skill through the World Cup. Proud of the team! @BCCIWomen

"As our women's cricket team plays the World Cup finals today, I join the 125 crore Indians in wishing them the very best," he tweeted before the match began.

An avid social media user, he then posted several other tweets tagging the players, wishing them the best for the final.

"Captain Mithali Raj has been leading from the front. Her cool approach to the game shall surely help the entire team," he said in a post.

As our women's cricket team plays the World Cup finals today, I join the 125 crore Indians in wishing them the very best! @BCCIWomen

He praised Harmanpreet Kaur whose masterly innings in the match against Australia had propelled India into the final.

"Who is not a fan of Harmanpreet Kaur? Her stellar innings in semi finals will always be remembered. Do your best today!" he wrote.

In one tweet, Modi referred to Smriti Mandhana who has had a steller tournament.

"All the best @mandhana_smriti! Have a great game out there and play with calm and poise," he said. In his next tweet, Modi wished the very best to Poonam Raut. "Her game makes all of us very proud," he said. He also wished good luck to Deepti Sharma saying she added "immense value to the team" and her game had changed the course of many matches.

Modi also praised the "experienced" Veda Krishnamurthy, saying she gave a much needed stability to the middle order and wished her success.

In another tweet, the prime minister referred to veteran Jhulan Goswami.

"Jhulan Goswami is India's pride, whose wonderful bowling helps the team in key situations. All the best Jhulan," he said.

Modi also said that Shikha Pandey's "all round performances" are crucial to the team and wished her luck. He also conveyed his best wishes for Poonam Yadav and Rajeshwari Gayakwad.

Yadav's fantastic bowling can be lethal for even the best batsmen, he said and added that Gayakwad is known for her economic bowling performances.

Comments
Topics mentioned in this article
India Women Mithali Raj Jhulan Goswami Cricket ICC Women's World Cup
Get the latest updates on Fifa Worldcup 2022 and check out  Fifa World Cup Schedule, Stats and Live Cricket Score. Like us on Facebook or follow us on Twitter for more sports updates. You can also download the NDTV Cricket app for Android or iOS.