Mithali Raj achieved the feat against Australia in the ICC Women's World Cup 2017 match at Bristol. 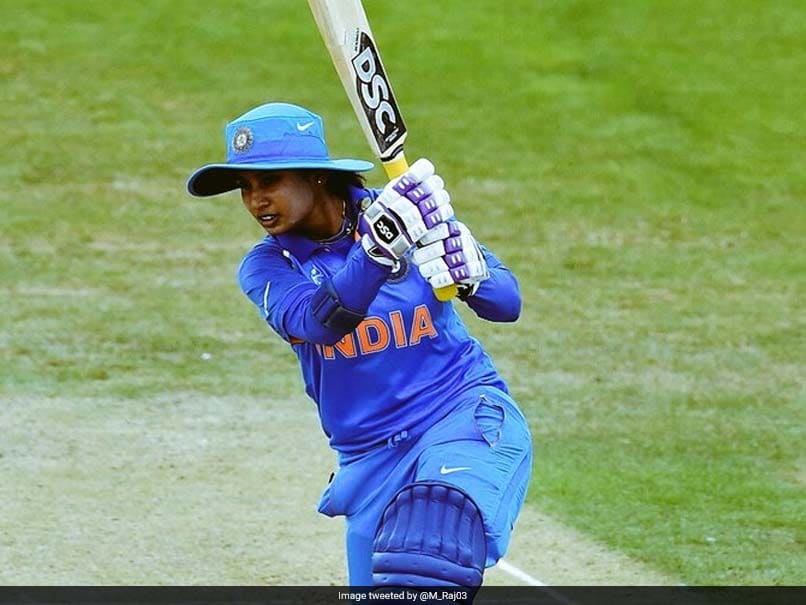 India captain Mithali Raj created history on Wednesday when she became the leading run-scorer in women's One Day International (ODI) cricket. She achieved the feat against Australia in the ICC Women's World Cup 2017 match at Bristol. The India skipper's remarkable performance has caught the attention of the entire nation and on Wednesday she added this feather to her cap. Before the start of the match against the Aussie women, Mithali was 33 runs short of England cricketer Charlotte Edwards' 5992 runs in 191 matches.

Not only did Mithali go past the Englishwoman's world record but she also became the first ever woman cricketer to touch the 6,000 ODI runs mark.

Earlier, she achieved the feat of scoring seven consecutive fifties in ODIs after she played a terrific knock against England in the World Cup last Saturday. Apart from this, Mithali has also notched the maximum number of ODI half-centuries (49) by any woman cricketer.

The 34-year-old, who made her debut at the age of 16, has often been called the Sachin Tendulkar of Indian women's cricket. However, being compared to male cricketers is not something the Indian skipper is overly fond of.

Mithali had shut down a reporter for asking her a question during a press conference ahead of the ICC Women's World Cup 2017. The Indian skipper was asked to name her favourite male cricketer. "Do you ask the same question to a male cricketer?," she had replied.

She also grabbed headlines when fans spotted her indulging in a rather interesting activity before she came out to bat against England. Mithali was seen reading a book before going out in the middle. Fans couldn't stop talking about it on social media.

Comments
Topics mentioned in this article
India Women Australia Cricket Team Australia Women Mithali Raj County Ground, Bristol ICC Women's World Cup Cricket
Get the latest updates on ICC T20 Worldcup 2022 and CWG 2022 check out the Schedule, Live Score and Medals Tally. Like us on Facebook or follow us on Twitter for more sports updates. You can also download the NDTV Cricket app for Android or iOS.