INDW vs AUSW, Women's World Cup Highlights: Australia went past some late jitters as they registered a six-wicket win against India, their fifth on the trot in this tournament, at the Eden Park in Auckland. 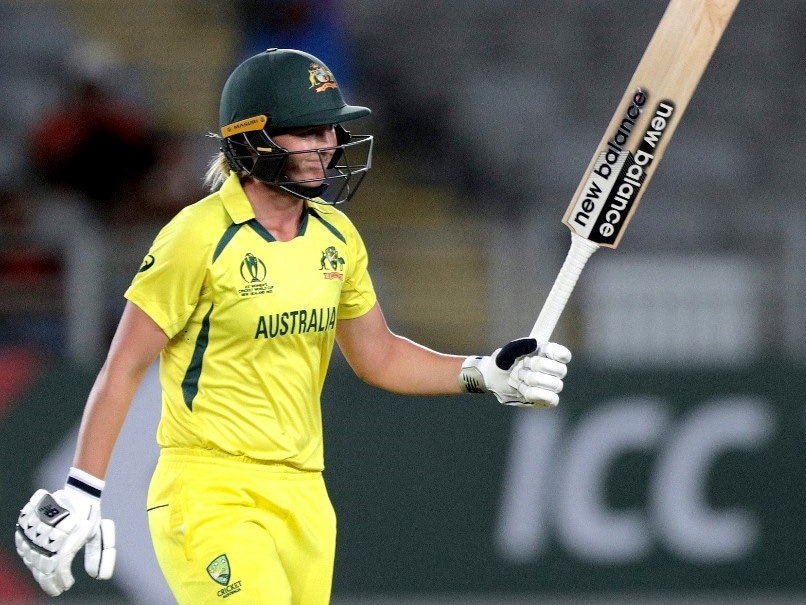 INDW vs AUSW, Women's World Cup Highlights: Australia went past some late jitters as they registered a six-wicket win against India, their fifth on the trot in this tournament, at the Eden Park in Auckland. After play resumed after a rain interruption, Australia lost Ellyse Perry for 28 runs and was soon followed by skipper Meg Lanning for 97 runs. However, the late fightback by Indian bowlers proved a little too late as Australia managed to overhaul the target with three balls to spare. Chasing 278 to win, Australia opener Alyssa Healy scored a remarkable fifty but was soon dismissed by Sneh Rana for 72 runs while Rachael Haynes also departed for 43 runs. Lanning continued the good work as she completed her fifty in 56 balls while Ellyse Perry also supported her well and played cautiously.  (SCORECARD)

Earlier, Harmanpreet Kaur and Pooja Vastrakar propelled India's score to 277/7 after some hard-hitting towards the end of the innings against Australia. Kaur remained unbeaten on 57 while Vastrakar got out on the last ball of the innings as she scored 34 runs off 28 balls. Earlier, India got off to a poor start after being put in to bat first by skipper Meg Lanning. Smriti Mandhana and Shafali Verma both departed with India reeling at 28/2. However, half-centuries from Yastika Bhatia (59) and Mithali Raj (68) helped India recover in the middle-overs and laid down a perfect platform for batter to hit towards the end.

Eden Park, Auckland Cricket India Women vs Australia Women, Match 18 Live Score Live Cricket Score Live Blogs ICC Women's World Cup 2022
Get the latest updates on ICC T20 Worldcup 2022, check out the Schedule and Live Score . Like us on Facebook or follow us on Twitter for more sports updates. You can also download the NDTV Cricket app for Android or iOS.