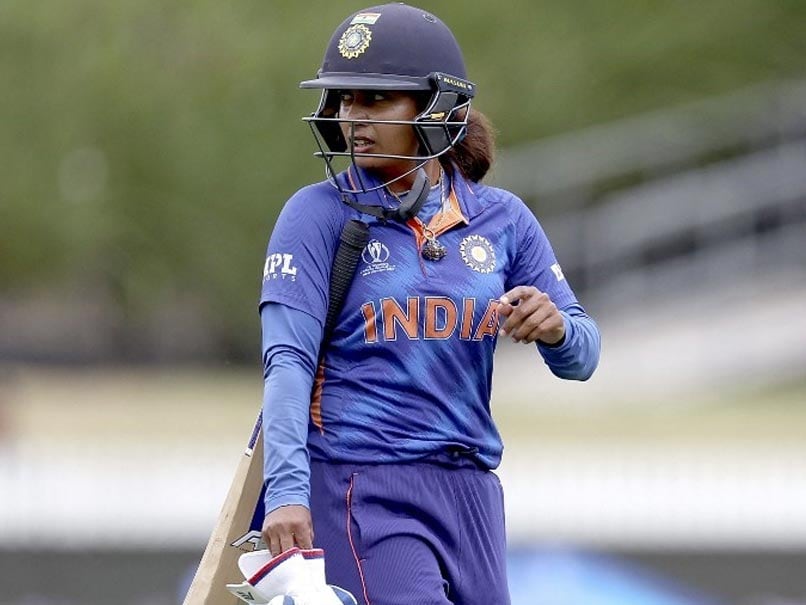 India skipper Mithali Raj's descent in the ICC ODI rankings continued as she slipped three places to seventh while opener Smriti Mandhana dropped to 11th in the latest standings issued on Tuesday, taking into account the ongoing World Cup in New Zealand. Raj, who slipped a couple of places last week, has 696 points after she was dismissed for 31 and 5 against New Zealand and West Indies respectively. She is currently joint seventh with Australia opener Rachael Haynes.

Mandhana, on the other hand, moved out of the top 10 to 11th despite hitting 123 against West Indies on Saturday.

Veteran pacer Jhulan Goswami, who became the leading wicket-taker in World Cups, has also slipped two places to be sixth in the bowlers' chart while Deepti Sharma maintained her sixth place in the all-rounders' list.

Despite England failing to win a single match at the World Cup, Ecclestone has been a shining light for her team, bowling with great discipline.

Her performances have seen her rise to the No.1 spot in the bowling charts, overtaking Australia's Jess Jonassen.

The other big gainer in the bowling charts is Marizanne Kapp, who registered the best-ever figures of her international career during South Africa's three-wicket win against England.

Her 5/45 helped South Africa restrict England to 235/9 and she made a handy contribution with the bat as well during the chase, chipping in with a vital 32 runs.

In the batting charts, New Zealand's Satterthwaite and South Africa's Laura Wolvaardt have been the two big gainers.

Satterthwaite scored 75 in New Zealand's 62-run win against India and then scored 44 as her side crumbled to a 141-run defeat against Australia. Her performances have seen her rise up to No.3 in the batting rankings, up to five spots.

Wolvaardt, who scored 75 and 77 in South Africa's victories against Pakistan and England respectively, rose seven spots to break into the top 10 of the batting charts, at No.5. In the all-rounders' charts, Hayley Matthews has seen her stocks rise after steady performances for the West Indies.

She scored 45 and 43 in West Indies' matches against England and India, while also registering figures of 2/40 and 1/65 in those games. This has seen her gain two spots, up to No.2 in the charts.

Ashleigh Gardner has also gained two spots to move up to No.7, after her star showing in the match against New Zealand, where she scored an unbeaten 48 and registered bowling figures of 2/15.

Australia Women ICC Women's World Cup 2022 Mithali Raj Smriti Mandhana Harmanpreet Kaur Cricket
Get the latest updates on Fifa Worldcup 2022 and check out  Fifa World Cup Schedule, Stats and Live Cricket Score. Like us on Facebook or follow us on Twitter for more sports updates. You can also download the NDTV Cricket app for Android or iOS.