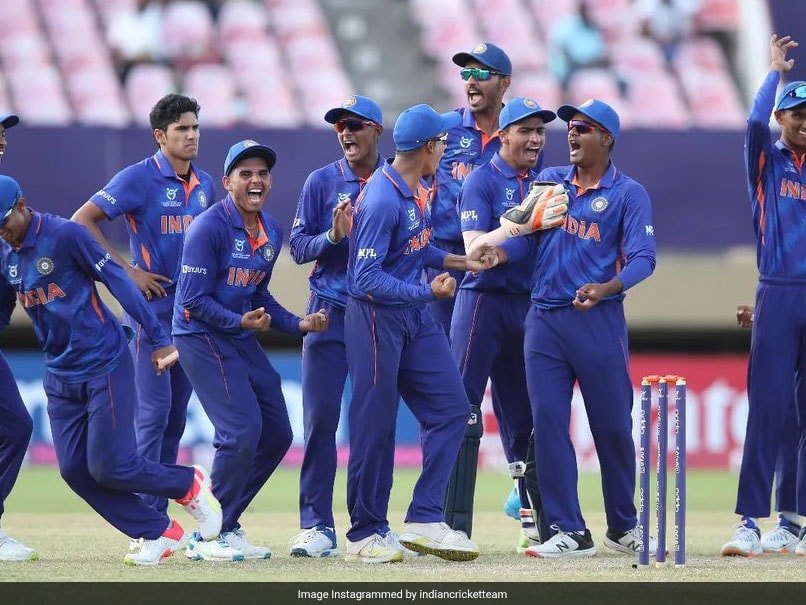 India began their ICC U-19 Cricket World Cup campaign with a win against South Africa in their opener at the Providence Stadium in Guyana on Saturday. Being sent to bat first, India were bowled out for 232 in 46.5 overs, setting a target of 233 runs. With their openers disappointing, captain Yash Dhull played a crucial knock, smashing 82 runs off 100 balls. He also hammered 11 fours during his innings. Shaik Rasheed and Kaushal Tambe also made noteworthy contributions, registering 31 runs off 54 balls and 35 runs off 44 deliveries respectively.

Despite a 65-run knock from Dewald Brevis and 36-run knock from captain George Van Heerdan, the Proteas failed to reach the target set by their opponents.

Here are the match highlights:

India are currently slotted in Group B and are on top of the table with two points. Ireland are in second-place with two points, followed by Uganda (0) and South Africa (0).

India will next face Ireland in their upcoming match on Wednesday.

South Africa U19 Yash Dhull ICC Under 19 World Cup 2022 Cricket
Get the latest updates on IPL Auction 2023 and check out  IPL 2023 and Live Cricket Score. Like us on Facebook or follow us on Twitter for more sports updates. You can also download the NDTV Cricket app for Android or iOS.