Australia u-19 captain Jason Sangha heaped praise on the India u-19 team for their incredible performance throughout the tournament. 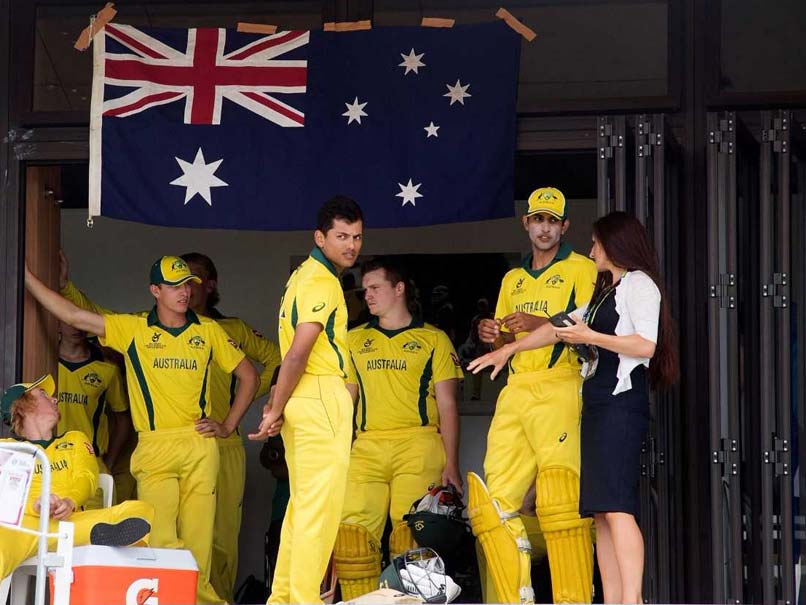 Jason Sangha looks out at the field with teammates during the U-19 WC final.© AFP

Australia under-19 team captain Jason Sangha on Saturday praised the Prithivi Shaw-led team for the incredible performance and said that they deserved to be the champions. India outclassed Australia in the final of the ICC U-19 World Cup final to lift the title for the fourth time, the most by any other cricket team. The Indian team had earlier defeated the Australian contingent by a massive margin of 100 runs in a group stage match. "They outplayed us. Full credit to India. They played very well. Good for their supporters who came out today. Best of luck to the guys for the IPL," Sangha told the media after the final.

Electing to bat first, Australia were dismissed for a modest total of 216 runs in 47.2 overs. Ishan Porel, Shiva Singh and Anukul Roy picked up two wickets each for India.

Opener Manjot Kalra then spearheaded the Indian run chase with an unbeaten century as the Indian team romped to victory with 67 balls to spare.

Kalra remained unbeaten on 101 runs off 102 deliveries while Harvik Desai was not out on 47 at the other end.

Despite being outplayed in the final, Sangha asserted that he was proud of the way the Australians performed throughout the tournament.

"I really don't know what to say at the moment but I'm so proud of the guys. We've grown and grown as cricketers. Hopefully, we can go back home and learn from these mistakes.

"The guys played really well and did what I asked them to do. And to work with the support staff and guys with international experience was great for us kids. We've enjoyed our time in New Zealand," Sangha said.

"The best thing about today was the guys really tried to grind it in. As captain, you can't really complain when they're giving 110 percent with bat and ball, but credit to India," he added.

"Thank you to the crowd today as well. It as fantastic to see them come today. Thanks, everyone, and congratulations India."

Comments
Topics mentioned in this article
India U19 Australia U19 ICC Under-19 World Cup Cricket
Get the latest updates on ICC T20 Worldcup 2022, check out the Schedule and Live Score. Like us on Facebook or follow us on Twitter for more sports updates. You can also download the NDTV Cricket app for Android or iOS.