Highlights, India vs Australia, ICC U-19 World Cup Final: Jonathan Merlo made a solid 76 before the India's left-arm spin duo of Shiva Singh and Anukul Roy sprung into action, limiting the opposition to 216 all out in the ICC U-19 World Cup final on Saturday. 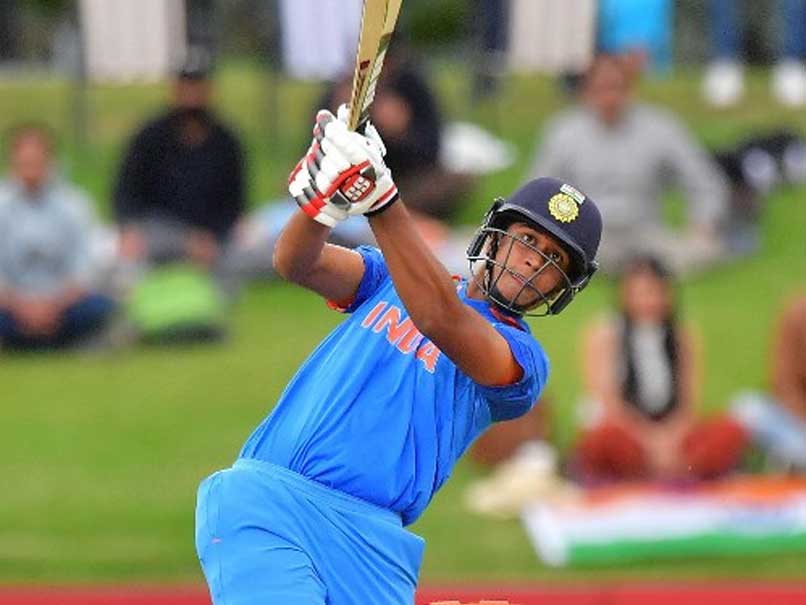 Manjot Kalra smashed an unbeaten century as India crushed Australia by eight wickets to lift the ICC Under-19 World Cup title at Bay Oval in Mount Maunganui on Saturday. This is India's fourth Under-19 World Cup title. Chasing a modest 217 in the summit clash, India romped home in just 38.5 overs with eight wickets in hand. The 19-year-old Kalra slammed his century off 101 balls. Kalra became second Indian after Unmukt Chand to score a hundred in the U-19 World Cup final. (Scorecard)

Earlier, Jonathan Merlo made a solid 76 before the India's left-arm spin duo of Shiva Singh and Anukul Roy sprung into action, limiting the opposition to 216 all out. At 183 for four, Australia looked well on course to reach 250 in a high-pressure until the Indian spinners engineered the collapse with Jason Sangha-led side losing its last six wickets for 33 runs. Australia, who had little hesitation in batting first, were guilty of not converting starts into big partnerships. Merlo and Param Uppal (34) were involved in a 75-run stand for the fourth wicket before the innings' top-scorer shared 49-runs with Nathan McSweeney (23) to set the platform for a competitive total. However, the momentum shifted hugely into India's favour when Shiva (2/36) set up Sweeney to have the batsman caught and bowled, leaving Australia at 183 for five.

Catch Highlights Between India vs Australia in ICC U-19 World Cup Final, straight from Mount Maunganui

13:12 IST: FOUR!Harvik Desai whacks the ball between mid wicket and long on for a boundary. What a shot from him. India need 16 off 87 balls.

12:43 IST: FOUR! Harvik Desai gets a thick edge and the ball races towards third man boundary.

12:30 IST: Manjot Kalra drills the ball down the ground for a single. India need 76 more to win with 8 wickets in hand.

12:14 IST: It's time for some leg spin. Param Uppal comes into the attack.

11:42 IST: Shubman Gill is the new batsman at the crease.

11:34 IST: FOUR! Back-to-back boundaries from Kalra. Outstanding piece of timing from him. Third boundary of the over. India 69/0, need 148 more runs to win.

11:29 IST: WIll Sutherland comes into the attack. Manjot welcomes the pacer with a lofted shot towards cover. He will get 2 runs.

11:24 IST: FOUR!Excellent timing from Shaw. He sends Hadley towards deep extra cover for a boundary. India 47/0, need 170 runs to win.

11:20 IST: Great hand and eye coordination from skipper. Shaw guides the ball towards third man for a couple.

11:18 IST: FOUR!Manjot Kalra smashes Zak Evans towards long off for a boundary.

11:03 IST: Good news!Rain has eased off. Indian openers are set to resume batting.

10:41 IST: RAIN!It has started raining! Players are going off. Covers are coming on.

10:39 IST: SIX!What a shot from Kalra. He hits the ball from middle of the bat. The ball goes high and lands in the long off region. Excellent shot from him.

10:36 IST: Zak Evans to Prithiv Shaw. It's a NO BALL. Prithvi takes a single and gives strike to Manjot Kalra.FREE HIT coming up.

09:35 IST: Brilliant bowling from Nagarkoti in the death overs. He is not giving Merlo a chance to go over the top.

09:33 IST: India have been slightly off in the field today. One more run out chance missed. Shivam Mavi missed a brilliant chance.

09:16 IST: Will Sutherland comes to the crease.

08:56 IST: FOUR!Merlo smashes the ball towards backward square leg. Excellent boundary from him. Australia 167/4 in 35.3 overs.

Jonathan Merlo brings up a half-century off 60 balls - both his first fifty of #U19CWC and in U19 ODIs! #AUSvIND LIVE https://t.co/BU9XqVZ41U pic.twitter.com/KlmD4ohoVq

08:33 IST: FOUR!McSweeney finds the gap between backward point and short third man. Excellent stuff from him. Australia 148/4 in 31 overs.

08:31 IST: FOUR! Jonathan Merlo moves to 46 with a boundary off Abhishek Sharma towards deep mid wicket.

07:51 IST: FOUR! Uppal goes on backfoot and slashes the ball towards deep backward point for a boundary. Australia 84/3 in 17.3 overs.

07:43 IST: FOUR! What a shot. Uppal stays back and punches the ball through deep backward point for a boundary.

07:26 IST: FOUR! Sangha sends the ball towards fine leg for a boundary.

07:21 IST:Jonathan Merlo is the new man at the crease.

06:58 IST: Australia captain Jason Sangha is the new man at the crease.

06:54 IST: FOUR! Jack Edwards goes on backfoot and cuts the ball towards deep backward point for a boundary. Australia 32/0 in 5 overs.

06:50 IST: FOUR! First boundary by Jack Edwards. He stands tall and smashes the ball towards long on.

06:48 IST: Huge support from Indian fans from the stands.

The atmosphere at Bay Oval is buzzing, and it's only just begun! #AUSvIND #U19CWC pic.twitter.com/mxLKTG7T50

06:44 IST: FOUR! Another boundary from Bryant. The right-hander stays back and sends Mavi through cover point. Australia 12/0 in 3 overs.

06:29 IST: Australia openers Jack Edwards and Max Bryant are ready to open. Shivan Mavi will open the attack for India. Here we go...

It's not long until someone will be lifting this trophy... #U19CWC pic.twitter.com/znAsIY9wa2

06:25 IST: Both teams have lined up for national anthems.

06:24 IST: Here's how cricketers have wished their teams ahead of the mega clash.

Super excited to cover the #U19CWC final tomorrow...an early start to the day. Let's hope that finally Rahul Dravid has his hands on the World Cup Trophy ?? #IndvAus @StarSportsIndia

One of the most important games of your career. Every cricketer dreams of representing their country in a world cup final. You all have been exceptional so far, just keep up the momentum and go for the kill. #GetTheCupBackHome #Under19WC #INDvAUS @cricketworldcup pic.twitter.com/k5P2RagGgy

Wishing our boys all the very best for the #Under19WorldCup finals against Australia. Its been a great ride so far, just one step to go. My best wishes to Rahul and the boys. Come on India!

Australia win the toss and bat first in the #U19CWC final against India at Bay Oval, Tauranga!#AUSvIND LIVE https://t.co/BU9XqVZ41U pic.twitter.com/4a15rhCCDh

05:50 IST: Hello and welcome to the Live updates from the ICC World Cup 2018 final between India and Australia.

In the bowling department, Shivam Mavi and Kamlesh Nagarkoti have been phenomenal, raking up speeds in excess of 140kmph at their will. But they will have their work cut out against a strong Australian batting line-up. Abhishek Sharma is another important player in the squad to look up to and he along with fellow spinner Anukul Roy would look to exploit the Australian batsmen's weaknesses against spin. India U-19 teams have had a legacy of producing future Indian stars and this group of players has the potential to make it big.

Comments
Topics mentioned in this article
India U19 Australia U19 Prithvi Shaw Shubman Gill ICC Under-19 World Cup Live Score Live Cricket Score Cricket
Get the latest updates on Fifa Worldcup 2022 and check out  Fifa World Cup Schedule, Stats and Live Cricket Score. Like us on Facebook or follow us on Twitter for more sports updates. You can also download the NDTV Cricket app for Android or iOS.