Following the win over Namibia, Ravi Shastri addressed the players in the dressing room, a snippet of which the BCCI shared on its Twitter handle. 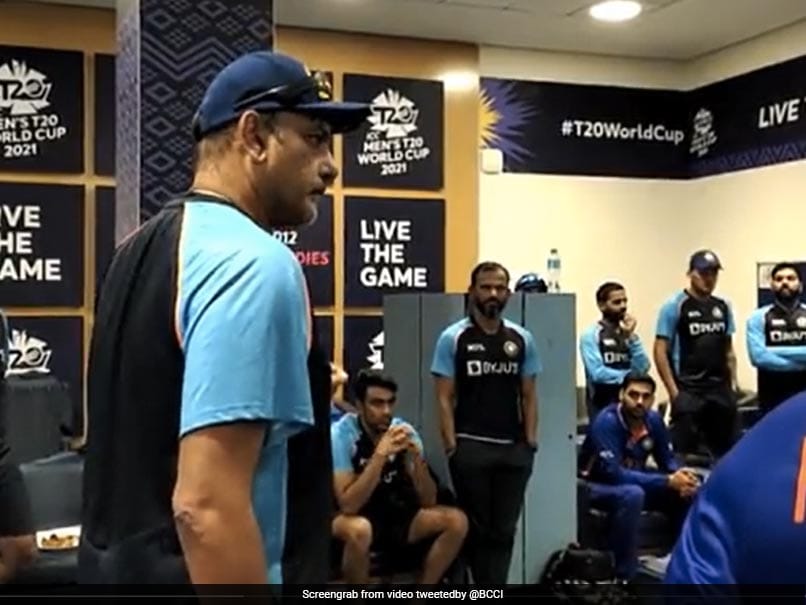 Ravi Shastri coached India for the final time as the team played its last T20 World Cup game, having failed to failed to qualify for the semi-finals. While Shastri's five-year tenure ended with a whimper, the team reached great heights under his guidance, especially in the Test arena. India's last 2021 T20 World Cup was against minnows Namibia, which they won at a canter. Following the win, Shastri addressed the players in the dressing room, a snippet of which the Board of Control for Cricket in India (BCCI) shared on its Twitter handle.

"You guys as a team have over-exceeded my expectations with the way you played. Over the last few years to go across the globe, across all formats and beat everyone, makes you one of the great teams that have played the game," Shastri told the Indian players.

Must Watch: A stirring speech to sign off as the #TeamIndia Head Coach

Here's a snippet from @RaviShastriOfc's team address in the dressing room, reflecting on the team's journey in the last few years. #T20WorldCup #INDvNAM

India went into the T20 World Cup as one of the favourites but got off to a sluggish start. They were completely outplayed in their tournament opener by arch-rivals Pakistan, which was followed by another loss to New Zealand.

That immediately put India on the backfoot, leaving them to chase the table-toppers.

With Afghanistan, Scotland and Namibia, the other teams in Group 2, India had to rely on others to do them a favour, but there was none coming. Pakistan dispatched all their opponents in Group 2 with relative ease, while New Zealand did enough to also make it to the semis.

India did exceptionally well to stay alive in the tournament, pummeling the likes of Scotland and Afghanistan but it still wasn't enough. New Zealand's win over Afghanistan proved to be the final nail in the coffin, making India's match against Namibia an inconsequential one.

Nevertheless, India put in yet another professional performance, thrashing their opponents by nine wickets in what was Shastri's final game as coach of Team India and Virat Kohli's last match as Team India T20I captain.

Virat Kohli Ravi Shastri ICC T20 World Cup 2021 Cricket
Get the latest updates on ICC T20 Worldcup 2022, check out the Schedule and Live Score. Like us on Facebook or follow us on Twitter for more sports updates. You can also download the NDTV Cricket app for Android or iOS.