Australia Test captain Tim Paine said Friday he believes teams could pull out of next month's Twenty20 World Cup or boycott playing Afghanistan over the Taliban's reported ban on women participating in sport. 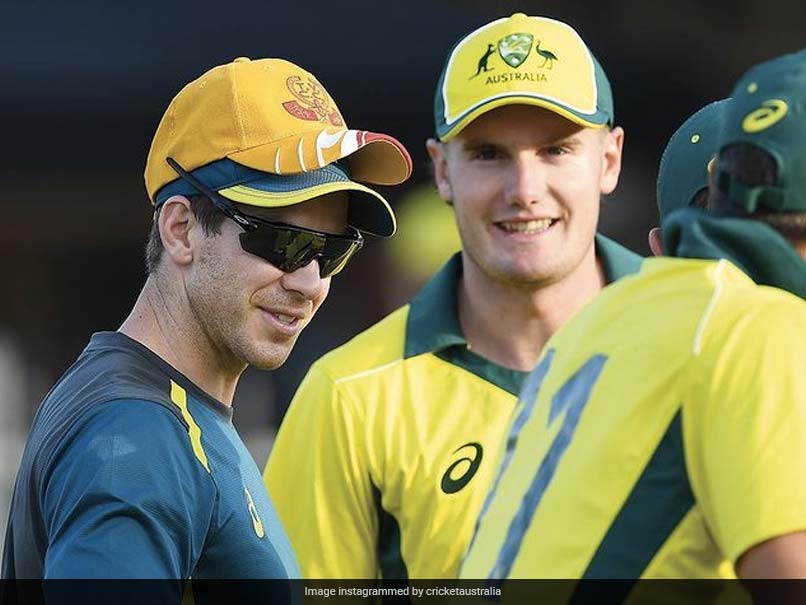 Australia Test captain Tim Paine said Friday he believes teams could pull out of next month's Twenty20 World Cup or boycott playing Afghanistan over the Taliban's reported ban on women participating in sport. The International Cricket Council has yet to decide how to deal with the regime's stance on women and the Afghan men's team is still scheduled to play the event from October 17-November 14 in the United Arab Emirates and Oman. Under ICC regulations, nations with Test status must also have an active women's team and Australia on Wednesday said it would cancel a maiden Test against Afghanistan in Hobart in November unless the Taliban backtracks.

Paine said Australian players were "fully supportive" of Cricket Australia's stance and said there could also be consequences for the World Cup.

"I think so. I think it will be something discussed team-by-team," he said on SEN sports radio when asked if nations would take stand at the tournament.

"To see them pull of the tournament or have countries boycott it will literally, I think, be something that teams will discuss on the eve of that World Cup.

"We've heard literally no comment from the ICC so it will be interesting to see where that lands," he added.

"If teams are pulling out of playing against them and governments are not letting them travel to our shores, how a team like that can be allowed to play in an ICC-sanctioned event is going to be very hard."

In a statement carried on Cricket Australia's website, the ICC suggested it would be discussing the matter at its next board meeting, scheduled for November. But that would be after the World Cup.

"The ICC has been monitoring the changing situation in Afghanistan and is concerned to note recent media reports that women will no longer be allowed to play cricket," it said.

Paine's comments come a day after Afghanistan's T20 captain Rashid Khan stepped down, saying he was frustrated not to be consulted in the selection of the first national team to be named since the Taliban took control of the country.

The regime said shortly after taking power that the schedule for the Afghan men would not be interrupted.

But the deputy head of their cultural commission, Ahmadullah Wasiq, told Australian broadcaster SBS on Wednesday that women would not be allowed to play cricket, or any other sport.

"I don't think women will be allowed to play cricket because it is not necessary that women should play cricket," Wasiq said.

"In cricket, they might face a situation where their face and body will not be covered. Islam does not allow women to be seen like this."

Paine said supporting equality and women's rights was far more important that the Test in Hobart.

Afghanistan Tim Paine ICC T20 World Cup 2021 Cricket
Get the latest updates on ICC T20 Worldcup 2022, check out the Schedule and Live Score. Like us on Facebook or follow us on Twitter for more sports updates. You can also download the NDTV Cricket app for Android or iOS.