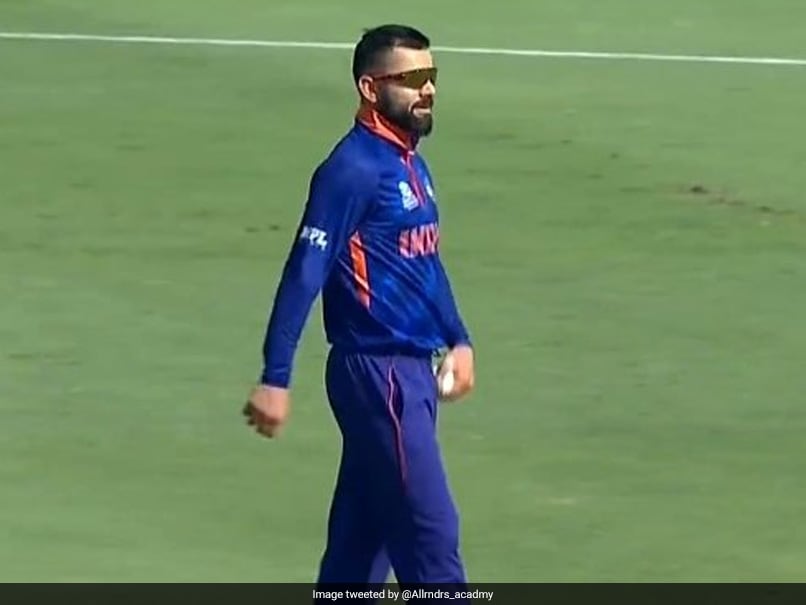 There were quite a few raised eyebrows during India's T20 World Cup warm-up match against Australia in Dubai on Wednesday when Virat Kohli took over bowling duties for two overs. The India captain, who handed over captaincy duties for the day to Rohit Sharma, was handed the ball in the seventh over when Glenn Maxwell and Steve Smith were at the crease for Australia. Kohli started off well, giving away just four runs from his opening over. He was brought back in the 13th over again. This time, Kohli went for eight runs, with Marcus Stoinis hitting him for a boundary on one of the deliveries.

Watch the video of Kohli bowling his first over here:

Smith would go on to hit a fifty as Australia recovered from early blows at the ICC Academy in Dubai.

Earlier in the day, Australia won the toss and opted to bat first.

At the toss, Rohit, India's captain for the day, said all-rounder Hardik Pandya would be ready to resume bowling by the time India start their T20 World Cup campaign.

He also hinted that the team would try out a few different options for the sixth bowler and in the batting line-up during Wednesday's game.

"We want to make sure that we get the 6th bowling option, some options in the batting order as well, we'll try all those things today. Hardik is coming along pretty well, but it'll be a while before he will start to bowl. He hasn't started bowling, but he should be ready by the start of the tournament," Rohit said at the toss.

India will start their campaign in the Super 12 phase against arch-rivals Australia on October 24 in Dubai.