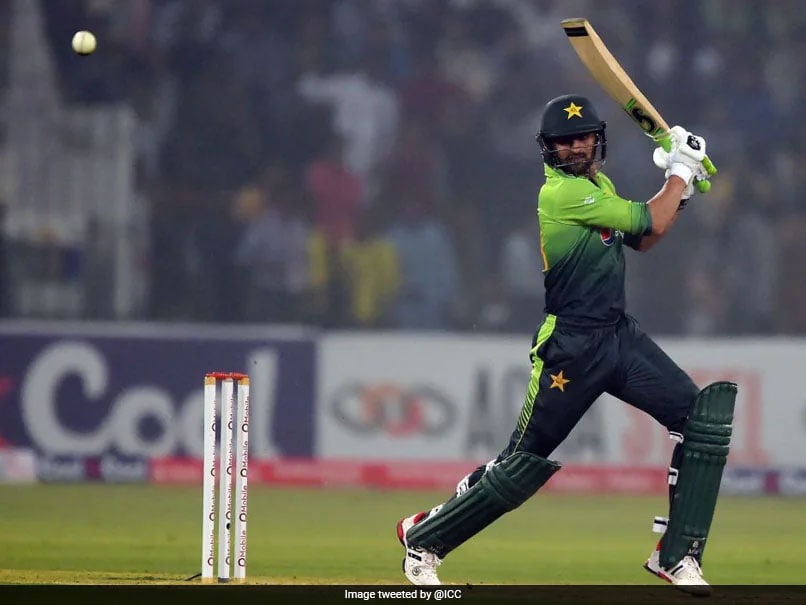 Shoaib Malik has not been included in Pakistan's T20 World Cup squad.© Twitter

Pakistan selectors Monday announced a 15-man squad for next month's T20 World Cup but resisted calls to include veteran all-rounder Shoaib Malik despite the team struggling with middle-order batting for two years. Since Misbah-ul-Haq took over as head coach in September 2019, Pakistan have tried 17 different players in the middle order but none of them succeeded. That raised calls for the inclusion of 39-year-old Malik, who played the last of his 116 Twenty20 internationals in June 2020, but chief selector Mohammad Wasim said specialists were preferred.

"We have focused on specialist T20 players and have considered the situation of the venues and our oppositions in the event," Wasim said at a press conference in Lahore.

Pakistan are in Group 2 alongside arch-rivals India, New Zealand, Afghanistan and two qualifier teams to be decided after the first round.

Pakistan will open their campaign with a high-voltage match against India in Dubai on October 24.

The seventh event of the Twenty20 World Cup will be held in the United Arab Emirates from October 17 to November 14.

Another opener Fakhar Zaman was included in the three reserves who will travel with the squad. They also include pacer Shahnawaz Dahani and Usman Qadir.

Twenty-year-old fast bowler Mohammad Wasim was also included, having impressed in the four Twenty20 internationals he has played so far.

Babar Azam will skipper the squad.

The squad will also feature in the five Twenty20 internationals against New Zealand later this month and in the two T20Is against England on October 14 and 15 before the World Cup.

Babar Azam Pakistan Cricket Board Cricket ICC T20 World Cup 2021
Get the latest updates on IND vs NZ 2021, check out the Schedule and Live Score . Like us on Facebook or follow us on Twitter for more sports updates. You can also download the NDTV Cricket app for Android or iOS.