T20 World Cup: Afghanistan skipper Mohammad Nabi said that the fans back home would really be happy if the side does well in the ongoing ICC T20 World Cup game. 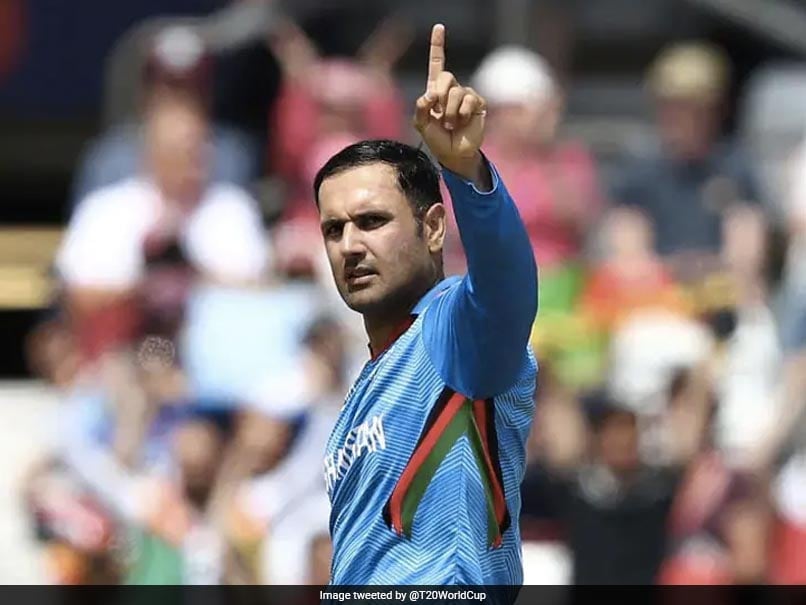 Ahead of their first Super 12s match against Scotland, Afghanistan skipper Mohammad Nabi, on Sunday, said that the fans back home would really be happy if the side does well in the ongoing ICC Men's T20 World Cup game. Afghanistan and Scotland will collide against each other on Monday at the Sharjah Cricket Stadium. "The fans are really waiting for that camp because the only happiness in Afghanistan is cricket. If you're willing to do well in the tournament and we win the games, the fans are really happy and there will be a lot of smiles on faces and insha'Allah everything will be changed of this work if we do well in the tournament," said Nabi during a virtual pre-match press conference on Sunday.

The political unrest back in Afghanistan following the Taliban takeover hampered the preparations of the cricket team. However, Nabi said that they are raring to put on a strong show in the competition.

"Everyone knows that back home in Afghanistan there's a lot happening and everything from the last few months. But as a cricket point of view everybody is ready for that World Cup and we prepared well for this World Cup," said Nabi.

"There is a little issues when we arrived to Dubai about with those issues. But these last two warm-up games and practise session will well prepare for the team and prepare well for the upcoming games for tomorrow games as well," he added.

Talking about the preparation for the showpiece event, the all-rounder said: "Yeah, it's not that much ideal but from last one and a half weeks, when the team arrived and the current time and everything finished two warm-up games and around one week practise sessions, I think it's for those cricketers playing cricket all over the world, especially five, six, seven players are playing different franchise cricket from last six months, we are in touch with cricket."

"There is a few players just with the condition and also getting with the team and the competition of the team is more important. And we did from last one and a half weeks and we are well prepared insha'Allah we'll try our best and do well," he added.

Scotland Cricket
Get the latest updates on IND vs NZ 2021, check out the Schedule and Live Score . Like us on Facebook or follow us on Twitter for more sports updates. You can also download the NDTV Cricket app for Android or iOS.