Sri Lankan legend Aravinda de Silva admits there have been "issues with discipline" but the country which won the T20 World Cup seven years ago is on the way back, he says. 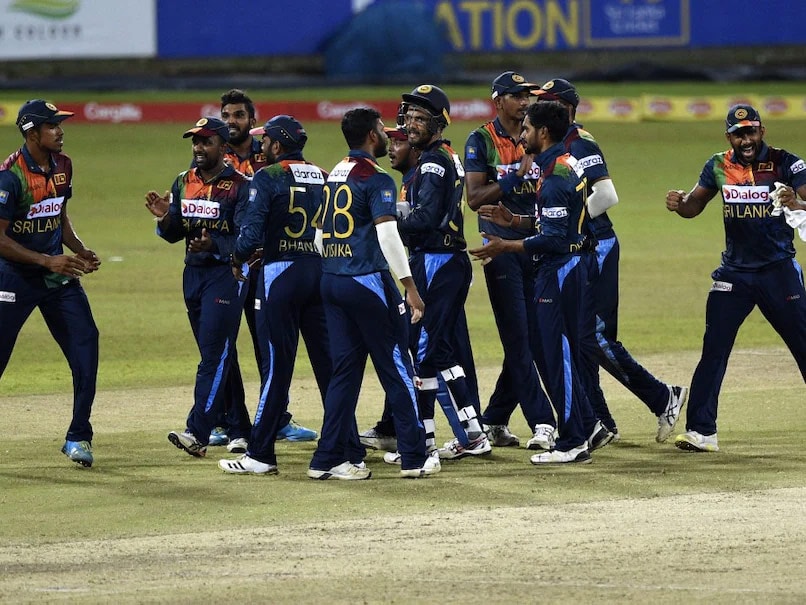 Sri Lanka will play their first match of 2021 T20 World Cup against Namibia on October 18.© AFP

Sri Lankan legend Aravinda de Silva admits there have been "issues with discipline" but the country which won the T20 World Cup seven years ago is on the way back, he says. Also unable to shrug off corruption scandals, Sri Lanka fell outside the top eight when qualifying was decided for the upcoming World Cup, condemning them to the preliminaries against outsiders such as the Netherlands, Ireland and Namibia. But as part of an overhaul, de Silva, vice captain of the side that won the 50-over World Cup in 1996, was brought in to head Sri Lanka's cricket committee.

Another legend, Mahela Jayawardene, a member of the side that triumphed at the T20 World Cup in 2014, has been drafted in to mentor the team competing in the United Arab Emirates and Oman -- to give "confidence and support".

On the field, all-rounder Dasun Shanaka is the latest to take on the captain's role to bring order.

"I think people have to understand it's a very young side," de Silva told AFP ahead of Sri Lanka's opening World Cup fixture, against Namibia on Monday. Shanaka "has done well up to now", he added.

"So I guess we need to back these guys. I think there were certain issues with discipline and things like that.

"And the biggest issue is I think the cricketer should be allowed to play cricket; and the administers should look at and focus on their administrative stuff."

Sri Lanka is overhauling the domestic cricket structure to produce players for the national team, the 55-year-old said.

"If you look at the Sri Lanka team, they've got talent, but maybe some of the positions, the way they approach the game in the batting lineup, could be changed to be that much more efficient and effective.

"Those kinds of thinking comes through experience and also understanding the game very well."

According to de Silva, most coaches and selectors do not have enough T20 experience, but Jayawardene has been a top player and head coach for Mumbai Indians in the Indian Premier League.

"We wanted him to spend some time and talk about the situations, how to handle those situations. These young boys need to understand all those and how they should be approached in a certain situation."

Angelo Mathews, whose annual contract was reduced by $50,000 a year and withdrew from national duty in July for "personal reasons", has returned to the squad -- though not for the World Cup.

The off-field problems have become legend.

Kusal Mendis, opener Danushka Gunathilaka and wicketkeeper Niroshan Dickwella were banned for a year for breaching the team's coronavirus bubble in England in July.

Of their 12 T20 matches this year, Sri Lanka have won three and lost nine. They suffered series whitewashes against England and South Africa, sparking outrage among fans.

However, they won a series 2-1 against a second-string Indian team in August to win back some respect in the cricket-crazy nation of 21 million people.

Doubts remain though -- former sports minister Mahindananda Aluthgamage declared this month that Sri Lanka "will never be able to win another World Cup" until it ends match-fixing.

He said that it was the game's administrators, not the players, at the heart of the rot.

Sri Lanka Cricket Team Aravinda De Silva ICC T20 World Cup 2021 Cricket
Get the latest updates on ICC T20 Worldcup 2022, check out the Schedule and Live Score. Like us on Facebook or follow us on Twitter for more sports updates. You can also download the NDTV Cricket app for Android or iOS.