T20 World Cup 2021: Wicketkeeper-batter Matthew Wade thought the T20 WC semis against Pakistan would "potentially be his last opportunity to represent Australia" before becoming the star of the show with a sizzling 41-run knock. 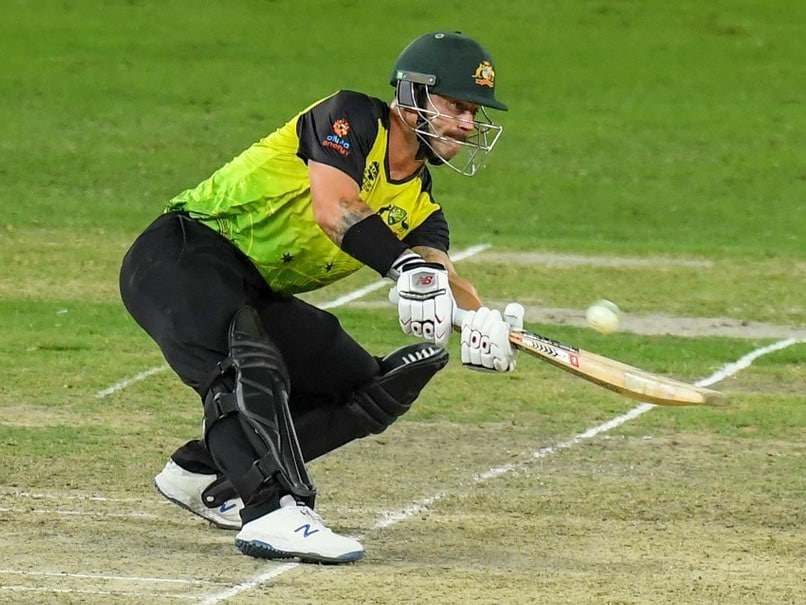 Wicketkeeper-batter Matthew Wade thought the T20 World Cup semifinal against Pakistan would "potentially be his last opportunity to represent Australia" before becoming the star of the show with a sizzling 41-run knock that helped his side reach the final. Player of the Match Wade blazed his way to an unbeaten 17-ball effort to play a pivotal role in Australia's dramatic five-wicket victory against Pakistan on Thursday. "I was a little bit nervous coming into the game and knowing potentially it could be the last opportunity to represent Australia," Wade said at the post-match press conference.

"I just wanted to do well and really wanted us to win this game, give us an opportunity to win the whole thing. (The final) might be my last game too. As I've said in the past, I'm comfortable with it. I'm sure when I get the tap on the shoulder, I'll look back on the last three or four years and be proud of the way I could come back," he added.

With Australia needing 62 off 30 balls, Wade smashed three consecutive sixes off Shaheen Shah Afridi in the penultimate over to seal the game for his team.

Asked if he was targeting Afridi, regarded as one of the finest T20 bowlers, Wade said, "We didn't really target him, to be honest. Marcus Stoinis played a terrific innings to be able to get it to a total we started to think could be chaseable toward the end there."

"I think the way he played freed me up to be able to do what I did at the end there. We certainly didn't go into the game targeting. He's a terrific bowler, and I just got lucky tonight, I suppose," he added.

Wade's international career had seemed all but over when he was dropped before the 2017-18 Ashes. The 33-year-old also went three years without an international T20. Since then he has reinvented himself as a specialist batter.

Asked to reflect on his journey, Wade said, "It's hard to reflect on tonight so quickly, to be honest. Hasn't sunk in yet. I'm sure when we get back to the hotel and tomorrow morning it will sink in more about how we went about it than what we just had."

"But I'm happy that I got the opportunity to reinvent myself, go away and come back with more confidence and really feel like I belong at the international level now. I reinvented myself into a batsman and all of a sudden now I'm playing as a keeper batsman now batting at 7," he added.

Wade, who has also led the limited overs team on occasions, said he doesn't worry about his batting position or whether he is captaining the side as he gets older.

"I feel like the older I am, the more eyes wide open I am a little bit more about the opportunity I got. Didn't worry me to go down the order. Hasn't worried me at all whether I captained or not. I am just grasping every opportunity I get, like I spoke about before," he added.

"I don't know when my last game will be. I treat every one like it potentially could be. I'm sure when it's all over, when I get the tap on the shoulder, I'll look back on the last three or four years and be proud of the way I could come back," he said.

Opener David Warner, who powered Australia in the initial stage of their innings with a 30-ball 49, didn't review his caught-behind dismissal. It was later revealed the Southpaw had not edged the ball. Wade revealed what happened.

"Haven't had too much time to chat about it. Just passing comments. I think there was a noise, he wasn't sure. Maybe his bat handle clicked or his hand on his bat. He didn't think that he hit it. But I think Glenn (Maxwell) at the other end heard the noise. To be fair, the bat was out there. That was the only thing maybe it could have been. He was potentially thinking that he might have hit it," he explained.

"It's tough in those situations, how many times you see a batter think they haven't hit it and they have. So you need a little bit of reassurance from the other end I suppose," he concluded.

Australia will take on New Zealand in the summit clash on Sunday.

Matthew Wade ICC T20 World Cup 2021 Cricket Pakistan vs Australia, 2nd Semi-Final
Get the latest updates on IPL Auction 2023 and check out  IPL 2023 and Live Cricket Score. Like us on Facebook or follow us on Twitter for more sports updates. You can also download the NDTV Cricket app for Android or iOS.