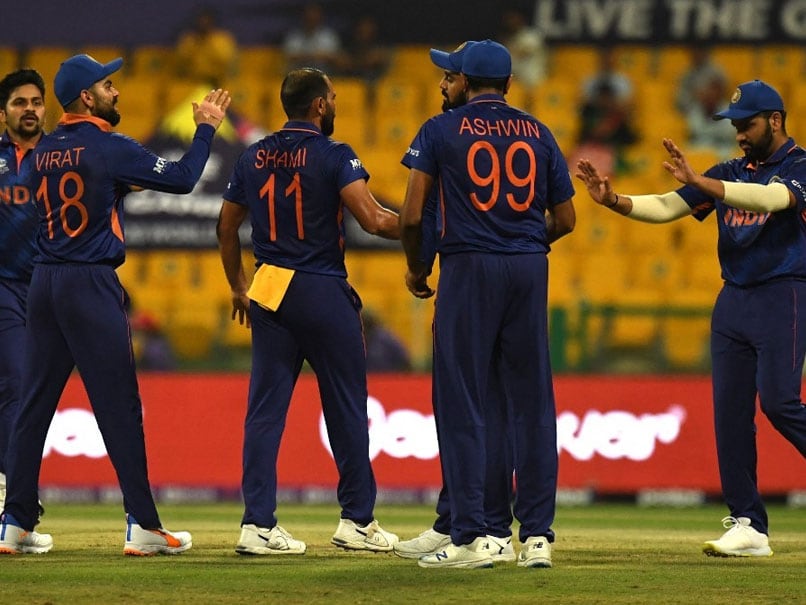 Team India showcased some real class when they defeated Afghanistan by 66 runs in a Super 12 game in the ongoing T20 World Cup 2021 at the Sheikh Zayed Stadium in Abu Dhabi, on Wednesday. The grand win garnered immense praise from the likes of ex-cricketer Virender Sehwag. The former Team India opener highlighted India's "positive intent" and "body language" as they scripted their first win in the Super 12 game of the competition. Talking to Crizbuzz, Sehwag lauded India for showing superior skills in all the three departments of the game.

"I think when things fall your way, the body language automatically changes... Today, we were playing against a team where we could have picked ourselves up had the body language been down. There was positive intent in both batting and bowling. Fielding was really good and our team took really good catches", he said.

However, Sehwag also advised that the team should persist with similar mindsets against heavy oppositions and big teams.

"The similar positive body language that we saw today should also be kept while playing against big teams even if we lose... We should go down fighting, and not surrender," he added.

After displaying some mediocre cricket against Pakistan and New Zealand in the first two matches, India bounced back and showed some fighting spirit in their win vs Afghanistan.

Their 10-wicket loss to arch-rivals Pakistan and the five-wicket hammering against New Zealand had put them on the backfoot right at the start of the competition but the side showcased immense grit to register their opening win.

India will now take on Scotland on Friday, November 5 at the Dubai International Stadium.

Virender Sehwag ICC T20 World Cup 2021 Cricket India vs Afghanistan, Super 12 - Match 33
Get the latest updates on IPL Auction 2023 and check out  IPL 2023 and Live Cricket Score. Like us on Facebook or follow us on Twitter for more sports updates. You can also download the NDTV Cricket app for Android or iOS.