T20 World Cup 2021: Former India opener Virender Sehwag discussed the hype around the India-Pakistan rivalry and explained which team could have a better chance going into the T20 World Cup fixture on October 24 in Dubai. 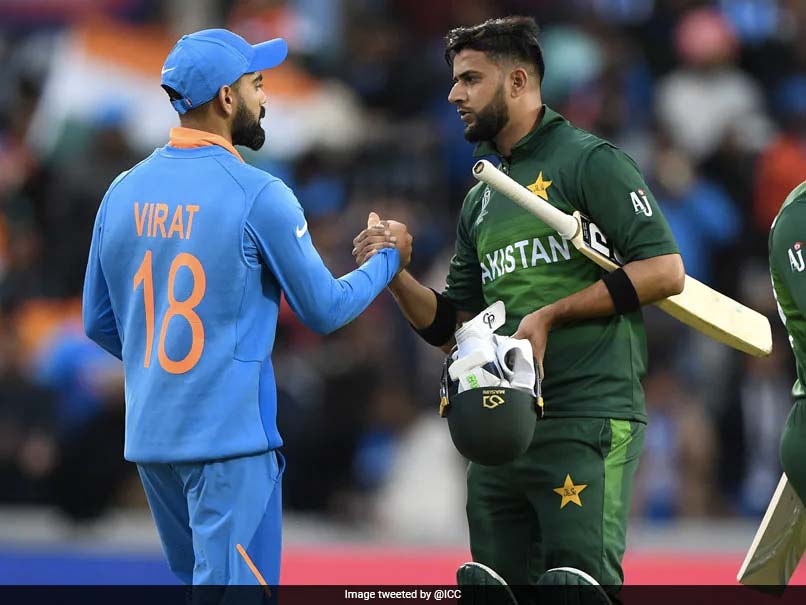 T20 WC: India will play against Pakistan on October 24 in Dubai.© Twitter

Former India cricketer Virender Sehwag discussed in detail the hype surrounding an India-Pakistan rivalry ahead of their clash on October 24 in Dubai. Speaking to ABP News, Sehwag explained how Pakistan entered with more chances in the T20 format against India as compared to the longer versions of the game. He said, "I think T20 is the kind of format where Pakistan always has more chances. Whenever the longer format comes, they might not play that well. In the shorter format, even one player from either team could be good enough to defeat the other team."

Sehwag reasoned why Pakistan entered the World Cupfixtures against India feeling the heat while India were under, relatively, less pressure.

"India are always under less pressure in this fixture because we are usually in a good position in comparison to Pakistan in World Cups," he added.

In the ongoing T20 WC, both teams will clash for the first time this week since their match-up in the CWC 2019 in England. India won that match by 89 runs (DLS method).

India as well as Pakistan have won the tournaments once each while they have beaten finalists on two separate occasions.

Virender Sehwag ICC T20 World Cup 2021 Cricket
Get the latest updates on SA vs IND 2021-22, check out the Schedule and Live Score . Like us on Facebook or follow us on Twitter for more sports updates. You can also download the NDTV Cricket app for Android or iOS.