T20 World Cup, Final: Wanted To Go Out There And Have Presence, Says Mitchell Marsh

T20 World Cup 2021, Final: Australia batter Mitchell Marsh expressed his happiness and thanked the support staff for backing him after his side defeated New Zealand by eight wickets in the final match of the ICC Men's T20 World Cup 2021 on Sunday. 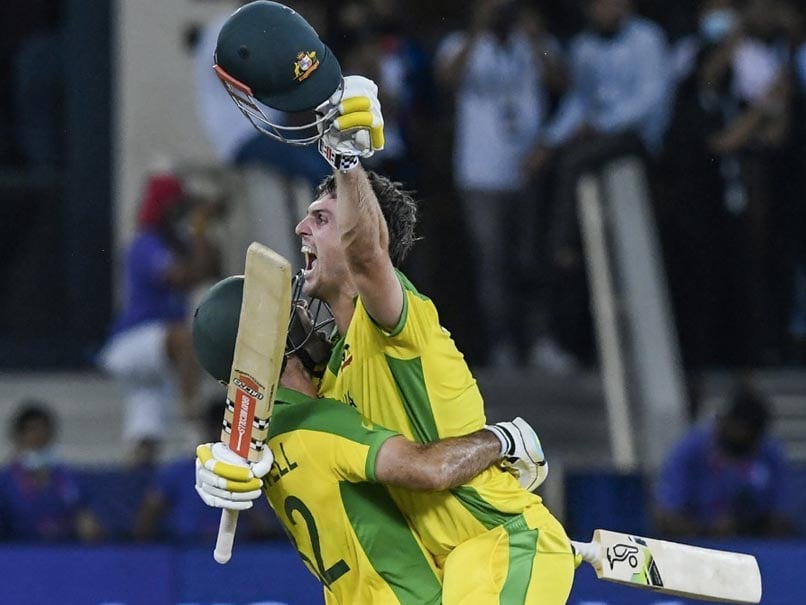 Australia batter Mitchell Marsh expressed his happiness after his side defeated New Zealand by eight wickets in the final match of the ICC Men's T20 World Cup 2021 on Sunday. Mitchell Marsh and David Warner played knocks of 77 and 53 respectively as Australia lifted its maiden T20 World Cup title at the Dubai International Stadium on Sunday. In the summit clash, Australia outclassed New Zealand by eight wickets with seven balls to spare while chasing a target of 173.

"Lot of people say this but I really don't have words right now. An amazing six weeks with this group. The coaching staff came up to me in the West Indies and said you'll bat three for this tournament/series. Absolutely jumped at the idea of that. Done a little bit of that for the Scorchers," said Mitchell Marsh in a post-match presentation.

"I must thank everyone in the support staff for backing me. Not a whole lot of thinking that goes into that (first ball for six). Just wanted to go out there and have a presence. Big Marcus Stoinis always talks about having a presence," he added.

Chasing 173, Australia got off to a bad start as the side lost its skipper Aaron Finch (5) in the third over of the innings as he was sent back to the pavilion by Trent Boult.

Mitchell Marsh joined David Warner in the middle and the duo took the team's score to 43/1 after the end of the powerplay.

Warner took a special liking to Kiwi spinners Ish Sodhi and Mitchell Santner, and the left-handed batter brought up his half-century in the 11th over of the innings. However, the introduction of Trent Boult paid a dividend straight away as he cleans bowled Warner (53) in the 13th over, reducing Australia to 107/2.

Marsh continued with his carnage and he smashed Ish Sodhi for 16 runs in the 14th over, bringing up his half-century and Australia needed just 48 runs to win from six overs. In the end, Marsh and Glenn Maxwell (28*) guided Australia home by eight wickets.

Mitchell Marsh ICC T20 World Cup 2021 Cricket
Get the latest updates on ICC Women's Cricket World Cup 2022 and IPL 2022, check out the Schedule , Live Score and IPL Points Table. Like us on Facebook or follow us on Twitter for more sports updates. You can also download the NDTV Cricket app for Android or iOS.