Pakistan seamer Hasan Ali is confident that their team can beat arch-rivals India in the opening match of the ICC T20 World Cup replicating their convincing win in the 2017 Champions Trophy final at the Oval. 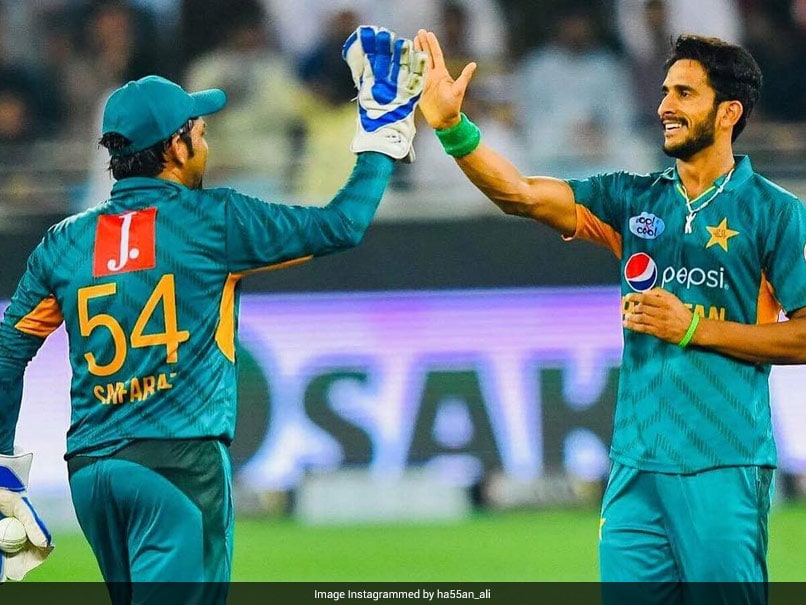 Pakistan seamer Hasan Ali is confident that their team can beat arch-rivals India in the opening match of the ICC T20 World Cup replicating their convincing win in the 2017 Champions Trophy final at the Oval. Pakistan since then have played India twice in 50 over games and has been thrashed at the Asia Cup in Dubai in 2018 and the ODI World Cup in Manchester in 2019. Before every global event, there is always a lot of hullabaloo from the Pakistan corner but till date, they haven't beaten India ever in 50 or T20 over World Cup games. In fact, they have also failed to beat India in practice games.

"When we won the Champions Trophy (in 2017), it was a very good time for us and we will try to beat them again in the T20 World Cup. We will give our best. Playing against India is always a pressure game because of the expectations of fans from both countries," Hasan told a virtual media conference on Wednesday.

He pointed out that the Pakistan and India match are the most-watched ones at the global events.

"Even those people who don't normally watch cricket follow the India vs Pakistan matches, so the pressure on the players is high but we will give it our best," he added.

Hasan also feels that spinners would dominate in the dry conditions in UAE but it didn't mean that pacers couldn't do well in those conditions.

"We know how to bowl in those conditions but yes you can see all teams have picked many spinners in their squads," he added.

"Honestly speaking, I was disappointed because the World Cup was coming and such a change happened and they left," he said.

"But it is not our domain as a player and this is something for the Pakistan Cricket Board and others to handle. Our job is to perform and try to win matches for Pakistan," he added.

Hasan said that Waqar was a role model for him and he would miss his guidance but as a professional one has to move on.

"I wish them the best. I will miss Waqar's guidance as I took up bowling after watching him bowl on screen," he added.

Hasan also spoke on the appointment of Vernon Philander as the bowling consultant with the Pakistan team for the World Cup.

"We all know that Philander is a great bowler and he has performed at the top level. We are looking forward to working with him but it is too early to say how much benefit we can get from him as this will only be clear once he joins the squad," he added.

Hasan stated that Pakistan would not underestimate the New Zealand squad in the home series in ODIs or T20 Internationals as any national team had to be respected.

"I think their team has enough potential to give us a tough time and the thing is they have to come to Pakistan after playing a tough series in Bangladesh in dry conditions and they will not be easy to beat," he added.

Pakistan and New Zealand play their first ODI at the Rawalpindi stadium on September 17 while the five-match T20 series will be held in Lahore from the 25th.

New Zealand is playing on Pakistan soil after 18 years. Hasan said that presently he was not thinking about the World Cup.

"Right now, the focus is on the home series against New Zealand because my team needs me to deliver for them all the time," he said.

Hasan also spelt out his ambition to become a proper all-rounder and said he was focussing on improving his batting day by day in the nets.

"I want to be a good all-rounder in all three formats. The presence of someone like Abdul Razzaq who has joined us recently has already been a big help to me. He is teaching me how to do power hitting while keeping a balance at the crease. He has been a quality all-rounder for Pakistan," he concluded.

Misbah-ul-Haq ICC T20 World Cup 2021 Cricket
Get the latest updates on ICC T20 Worldcup 2022 and CWG 2022 check out the Schedule, Live Score and Medals Tally. Like us on Facebook or follow us on Twitter for more sports updates. You can also download the NDTV Cricket app for Android or iOS.