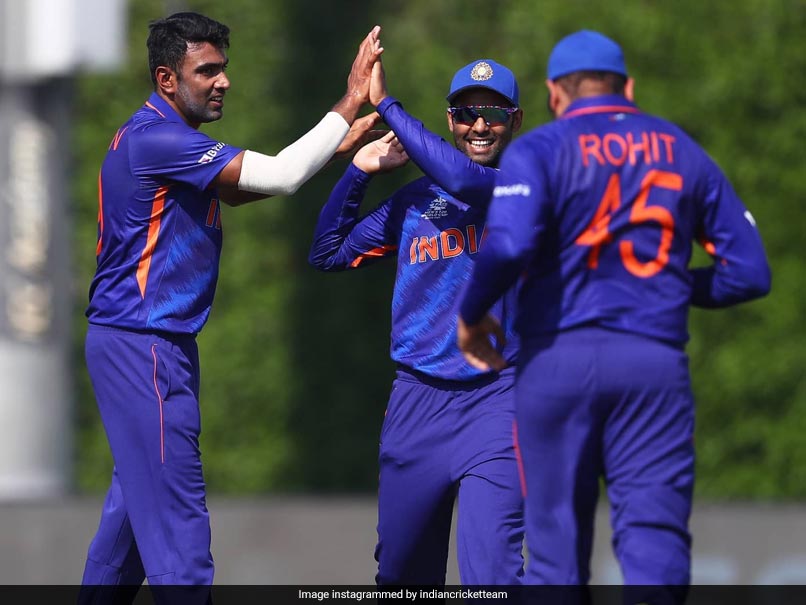 Ravichandran Ashwin was left out India's playing XI against Pakistan for the team's opening match of the T20 World Cup. Many questioned the Indian team management's decision to leave the experienced off-spinner out and pick Varun Chakaravarthy ahead of him. Chakaravarthy struggled to make his mark against Pakistan and was plundered for 33 off his four overs by Babar Azam and Mohammad Rizwan. Ahead of the crunch clash against New Zealand, former India all-rounder and Team India's ex-batting coach Sanjay Bangar is of the opinion that Ashwin should be brought into the playing XI at the expense of Chakaravarthy.

Bangar said, in a game of this significance, India would need someone with "temperament and experience". Ashwin, who has played 46 T20Is as compared to Chakaravarthy's four, has bagful of experience.

"Varun Chakaravarthy's recent performances in UAE. He was very effective at Sharjah, but not in Dubai - where this game will be played. Taking into account the importance of the game, the number of matches played by Varun Chakravarthy is a little less, and his international experience is a little less," Bangar said on Star Sports show 'Game Plan'.

"For a game of this significance, you would definitely want somebody with temperament and experience. So, in my opinion, Ravichandran Ashwin may get the nod in place of Varun Chakaravarthy," he added.

India had a nightmare outing against Pakistan where nothing seemed to click for Virat Kohli's team. The captain had to bail his team out with a gritty half-century and got some support from Rishabh Pant.

Other than that, India's famed batting line-up was found wanting against the Pakistanis. The bowlers didn't fare much better, failing to pick even a single wicket.

India, however, have had time to overcome that difficult defeat and with many writing them off after just one poor game, Virat Kohli's team certainly has a point to prove.

Ravichandran Ashwin Sanjay Bangar Varun Chakravarthy ICC T20 World Cup 2021 India vs New Zealand, Super 12 - Match 28 Cricket
Get the latest updates on ICC T20 Worldcup 2022, check out the Schedule and Live Score. Like us on Facebook or follow us on Twitter for more sports updates. You can also download the NDTV Cricket app for Android or iOS.