He admits he may never play for India again but Yuvraj Singh says giving up is not an option. Player of the tournament in the 2011 World Cup, his life turned upside down when he was detected with cancer. He fought it successfully and emerged on a high but now faces an uphill battle once again - this time to make it to the team for the World Cup in 2015. 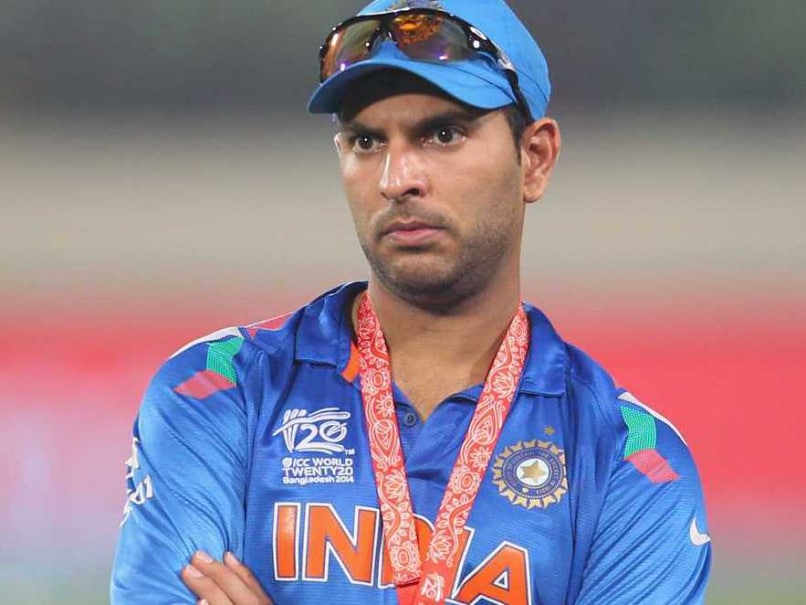 Down but not out! An out-of-sorts Yuvraj Singh is ready to prove his worth to make it to the squad for the World Cup 2015. © ICC

Yuvraj Singh's role in India's triumphant World Cup campaign in 2011 was enormous. Declared man-of-the-series, the left-handed superstar has since faded away from the limelight and is currently battling hard to regain his spot in the national side.Â  (Dhoni is good but Ganguly the best, says Yuvraj Singh)

Yuvraj had hit four 50s, a century and claimed 15 wickets to emerge as the most prolific player in the last edition of the World Cup. Just when he had won one of the biggest of cricketing wars, a tougher battle -- against cancer -- began. While he emerged triumphant against the dreaded disease, life on the field had become slightly rough again. (When Yuvraj Singh sought Sachin Tendulkar's blessing at Lord's)

"My life has changed. It took a serious high and then a proper U-turn where I was battling for my life. It's been an interesting story,"Â he said. "I just try and be as positive as I can, to come back and play cricket. I'm lucky to be playing again. I haven't played to the best of my potential since I've come back, but I have always been trying my best, and can only have a positive attitude to life." (Sachin Tendulkar, Shane Warne walk down memory lane)

Not many believed Yuvraj could resume his international career after being detected with cancer. When he did, not many felt he could regain his former splendor. However, the dashing south-paw has proved critics wrong and has notable scores of 72, 77*, 55 and 60 in his last 10 ODIs.

And while the numbers may be a good reflection of what the player is still capable of, they do not guarantee him of a spot in the Indian team for the next World Cup. "There will be anxiety because the World Cup is close by and there aren't too many opportunities in domestic games in the lead up. But, eventually, what can you do? I can only prepare as well as possible," he said.

Currently playing the Duleep Trophy, Yuvraj would know that scoring big each time he comes out to bat will be crucial. In fact, former India captain Sunil Gavaskar had told NDTV previously that completely ruling out Yuvraj and Virender Sehwag would be wrong since they are capable of winning matches on their own. The two together - being able to bat and bowl - would however count for nothing if the 32-year-old body does not keep up with the demands of international cricket. Yuvraj though is upbeat on that front and says he has never felt better about his fitness levels. "I've trained quite hard. It's been two years of hard work. I've never felt so good. I'm in much better shape than I was when I played the 2011 World Cup. I promise you that."

Comments
Topics mentioned in this article
India Cricket Team World Cup 2011 World Cup 2015 Yuvraj Singh Cricket
Get the latest updates on IPL Auction 2023 and check out  IPL 2023 and Live Cricket Score. Like us on Facebook or follow us on Twitter for more sports updates. You can also download the NDTV Cricket app for Android or iOS.