Suresh Raina put the finishing touches to a powerful batting performance with his 34th ODI fifty as India won their opening World Cup clash vs Pakistan. 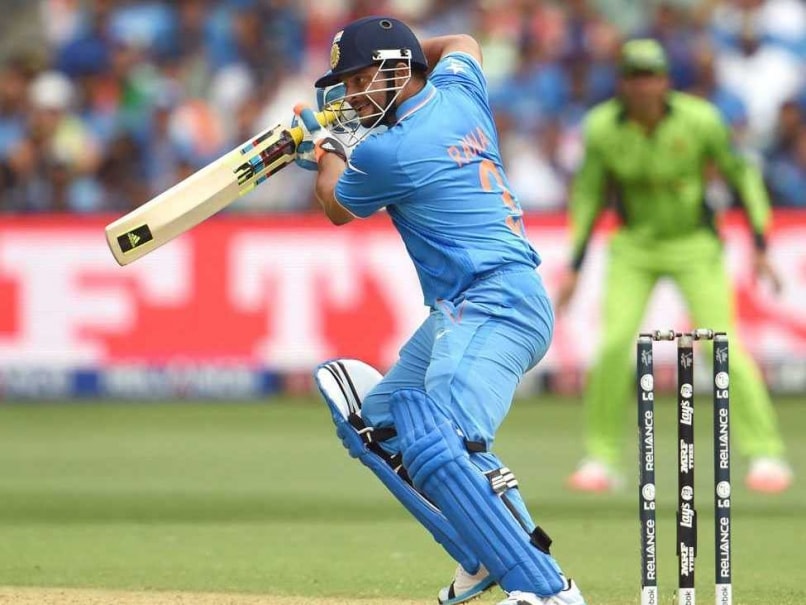 Suresh Raina lived up to his reputation as one of the most dangerous middle-order batsmen, taking Pakistan's attack to the cleaners in sub-continental giants' opening World Cup match at the Adelaide Oval on Sunday. India were already in the driver's seat on 163/2 when Raina walked in to bat at the fall of Shikhar Dhawan's wicket in the 30th over. The Uttar Pradesh batsman smashed 74 off 56 balls as India put on 300/7 - a total which would prove to be too much for the opposition. (Scorecard | Blog)

If Pakistan expected some relief after a solid 129-run stand between Dhawan and centurion Virat Kohli, it was not to be. Raina was aggression personified and sent sixes screaming over the long Adelaide Oval boundaries. Pakistan tried to test him with short deliveries but they were all dealt with severely. The spinners came a cropper against Raina's wide blade as the fielders ran for cover under the constant assault from India's batsmen. (Kohli, Dhawan Share Record Stand)

There were question marks on where Raina would bat in the World Cup. Since India's tour of England last year, Raina was touted as a possible N0. 4 but his dismal form in Australia had raised concerns. However, the team-management persisted with their initial plan and sent Raina up the order to bat at the crucial position. The powerful left-handed batsman joined ranks with an already bludgeoning Kohli and together, the duo sent Pakistan's fielders on a wild leather hunt.

The Adelaide Oval pitch was loaded heavily in favour of batsmen but Raina's shot-making still left onlookers breathless. He used his feet against Yasir Shah, one of the most talented spinners to have emerged from Pakistan, hitting him forÂ  a massive six. Soon after Kohli reached his 22nd hundred, Raina hit another six, almost in celebration for his partner, reaching his 34th fifty.

Comments
Topics mentioned in this article
India Cricket Team Suresh Raina World Cup 2015 World Cup Schedule Cricket
Get the latest updates on IPL 2020, check out the IPL Schedule for 2020 and Indian Premier League (IPL) Cricket live score . Like us on Facebook or follow us on Twitter for more sports updates. You can also download the NDTV Cricket app for Android or iOS.