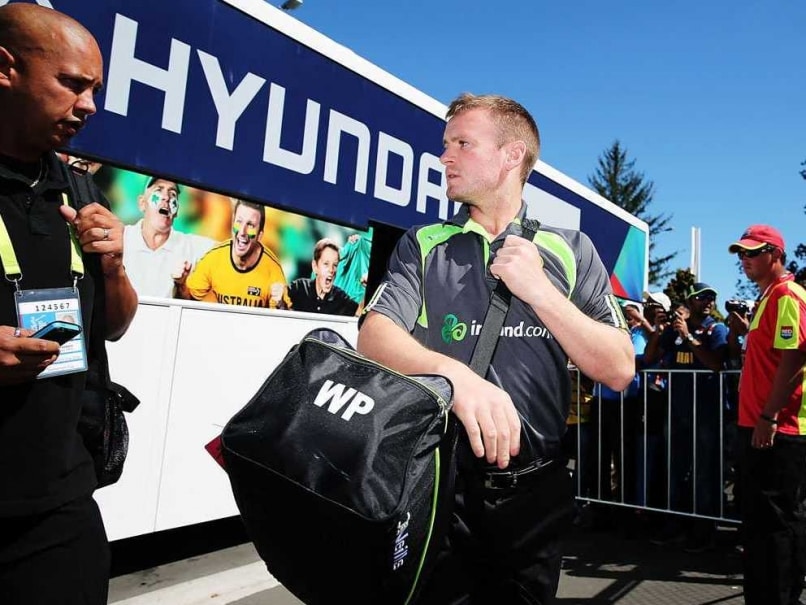 Ireland captain William Porterfield is confident his side has prepared well for Sunday's must-win World Cup match against Pakistan at the Adelaide Oval, but insisted it was just another game. (Full World Cup Coverage | Standings

The final Pool B match in the month-long group stage will lift the winner into the quarter-finals and leave the loser facing a tricky run-rate countback against the West Indies.

Both teams go into the winner-take-all game at par with three wins from five matches, but Porterfield said it did not help to take it as a special day out in the field. (Misbah Urges Pakistan not to Waste "New Life")

"It's just another game of the group in terms of preparation," he told reporters on Saturday.

"Obviously result-wise it's a key match, but you are still going to prepare like you do for each match.

"The opposition is what's in front of you, and you have to prepare to beat them. I don't think you can think about the outcome and put pressure on yourself.

"Some lads may think about it more than others and that may be an extra motivation factor for them. But as long as we prepare how we have done for each individual game, then we'll be fine."

Debutants Ireland scored a memorable three-wicket win over Pakistan when the teams last met in the World Cup in 2007, but Porterfield said another victory this time will not be considered a surprise.

"That was our first taste of a World Cup and it was our second game in the competition," said the skipper who was part of that match at the Sabina Park in Jamaica.

"Not many countries that were there would have known much about us. But over the last eight years we've obviously grown massively as a cricket-playing nation.

"So I don't think it will be as big surprise if we do go out there and win tomorrow as it would have been back in 2007.

"We now have confidence going into every game that if we bring our A-game and play the way we can play, then we can win each game."

Ireland's batting has shone brightly ever since they chased down the West Indies' 304 for seven which should make them feel comfortable on what is expected to be a run-laden pitch.

Porterfield said any total over 280 would be a par score but emphasised it was vital to assess the conditions that have assisted seam bowling in the second session under lights.

"If you pick up a couple of early wickets, whatever score you get on the board will not be easy to chase down," he said. "I think it all comes down to how well you play on the day."

If Ireland qualify, they will be the only non-Test nation to get past the first round at this World Cup, but Porterfield insisted the associate nations had already proved that the 10-team format planned for the 2019 edition -- instead of the 14 at present -- needed to be revised.

"I think all the teams in the competition have provided enough evidence to justify a change in the 2019 competition regardless of what happens tomorrow," he said.

"If we do qualify it's going to do even more for Irish cricket because the support we've already had back home has been fantastic.

"Once you get to the quarter-final, who knows where to from there. It's a straight knock-out stage and you're three games away from lifting the Cup."

Comments
Topics mentioned in this article
Pakistan Cricket Team Ireland Cricket Team William Porterfield World Cup 2015 World Cup Points Table Adelaide Oval, Adelaide Cricket
Get the latest updates on ICC T20 Worldcup 2022, check out the Schedule and Live Score. Like us on Facebook or follow us on Twitter for more sports updates. You can also download the NDTV Cricket app for Android or iOS.