Speculations have been strong that the tour selection committee will send back all-rounder Bilawal Bhatti who went for 93 runs against New Zealand in the second one-day international which Pakistan lost by a big margin in Napier. 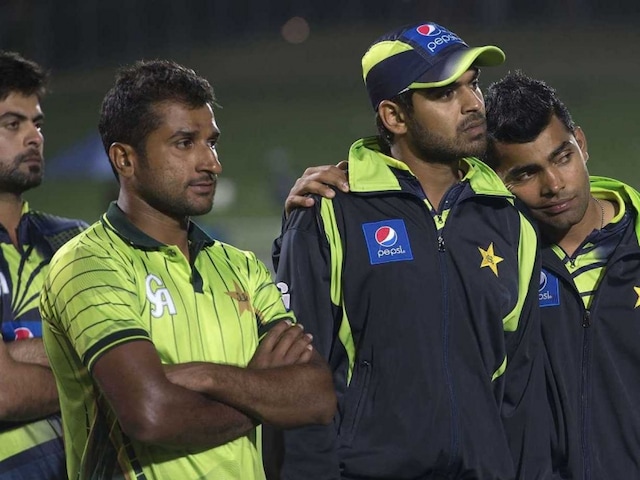 Bilawal Bhatti of Pakistan (L) with teammates Haris Sohail (C) and Umar Akmal stand dejected after losing both ODI's against New Zealand after the second one-day international cricket match between New Zealand and Pakistan at McLean Park in Napier on February 3, 2015.© AFP
Karachi:

The chairman of the Pakistan Cricket Board Shaharyar Khan said on Wednesday that the PCB was still waiting for the tour selection committee to decide if it wanted to have Bilawal Bhatti in the World Cup squad.(Bhatti Smashed for 93 Runs by Kiwis)

"We are still waiting for the tour selectors to decide. If they ask for someone else to be sent instead of retaining Bilawal we will do the needful," Khan said in Lahore.

Speculations have been strong that the tour selection committee will send back all-rounder Bilawal who went for 93 runs against New Zealand in the second one-day international which Pakistan lost by a big margin in Napier.

Bilawal was sent to New Zealand with the national team after pacer Junaid Khan pulled out due to a hamstring problem.(Junaid Khan Out of World Cup)

Junaid, who was named in the World Cup's 15-member squad, was ruled out of the tournament on Monday after failing a fitness test in Lahore, but Khan said the selectors will decide the next line of action.

"Bilawal was not in the World Cup squad so we will have to get clearance from the technical committee to include him in the WC squad or some other player."

Pakistan's preparations for the World Cup have so far been awful as they have already lost champion spinner Saeed Ajmal due to an illegal bowling action while doubts also remain over whether Mohammad Hafeez would be able to bowl in the mega event after he was also suspended from bowling in international cricket by the ICC in November.

Comments
Topics mentioned in this article
Pakistan Cricket Team Bilawal Bhatti World Cup 2015 Cricket
Get the latest Cricket news, check out the India cricket schedule, Cricket live score . Like us on Facebook or follow us on Twitter for more sports updates. You can also download the NDTV Cricket app for Android or iOS.