Former South Africa captain Shaun Pollock said it is bad luck than more than anything else that has prevented the Proteas from lifting the World Cup. 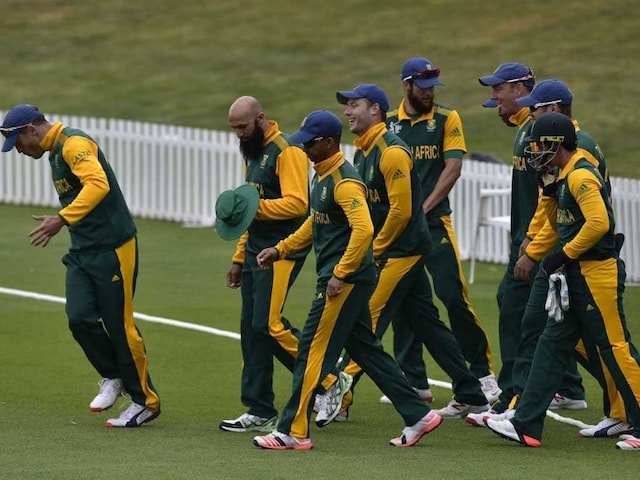 South Africa's repeated failure to win the World Cup has been one of the biggest enigmas in cricketing folklore. Despite an abundance of talent, the Proteas have never won the Cup and former captain Shaun Pollock termed the record disappointing, more so because the African giants have always been among the top two ODI sides in the world.

Pollock has been part of South Africa's most heartbreaking moments on the cricket field. In 1996, Pollock was a young member in a side that was blown away by Brian Lara's hundred in the quarterfinals. The all-rounder once again watched helplessly from the sidelines as Allan Donald committed hara-kiri in the 1999 World Cup semifinal against Australia before getting a chance at redemption at home in 2003. (Won't Write India Off: Kirsten)

Captaining South Africa this time, Pollock was aghast to learn that Mark Boucher had miscalculated the Duckworth Lewis score in their last rain-hit group match against Sri Lanka at Durban. Result? Another early exit. South Africa did cruise to the semis in 2007 before being crushed by Glenn McGrath and Shaun Tait. (World Cup: South Africa Down Sri Lanka in Warm-up)

Given the explosive players South Africa have had in their ranks, this poor track record must haunt at least two generations of their countrymen.

"It is disappointing because in one-day cricket, the ultimate is to win the World Cup. And it only comes around once in four years. In many ways, it's like the Olympic Games for a cricketer, and it has been quite disappointing that we haven't had a victory - and you've also got to look at the fact that we were ranked No. 1 and No. 2 throughout this period," Pollock told Wisden India.

"Consistency and performance are things you need to evaluate well, and we were among the best, but we needed to produce our best cricket in the tournament."

South Africa seem to have been stuck with the word 'chokers' after their inability to overcome the big games in World Cups. But have they really choked? In 1999 and 2003, the Proteas did not really lose those games - they tied. So maybe, Lady Luck has not always favoured some of the most charismatic cricketers in the world. (Veterans Set for Key Role in World Cup)

Pollock points out as much.

"I think it's just been the rub of the green. There have been two tournaments where, in the final games, we haven't lost the game, we've tied the game, and we've still been knocked out. It's unfortunate and I think it's just the way it goes - all teams have to deal with certain things. And, on other occasions, we've come up against a better side - in the 2007 World Cup, I think, Australia was definitely the best side on display and they went on to win. And other times it's been some lucky breaks." (Pakistan Need Imran's Attitude to Succeed: Akhtar)

The disappointments of the past editions are now behind them and it is time for a new World Cup, a new challenge. Yet again, the South Africans are being spoken of as major contenders to lift the coveted trophy on March 29. But will AB de Villiers and his men show enough composure to exorcise the ghosts of their predecessors?

Comments
Topics mentioned in this article
South Africa Cricket Team Shaun Pollock World Cup 2015 World Cup Schedule Cricket
Get the latest Cricket news, check out the India cricket schedule, Cricket live score . Like us on Facebook or follow us on Twitter for more sports updates. You can also download the NDTV Cricket app for Android or iOS.