Ireland fast bowler designed an attachment, which he calls a "gorget", to protect the neck at the back and side of the head. 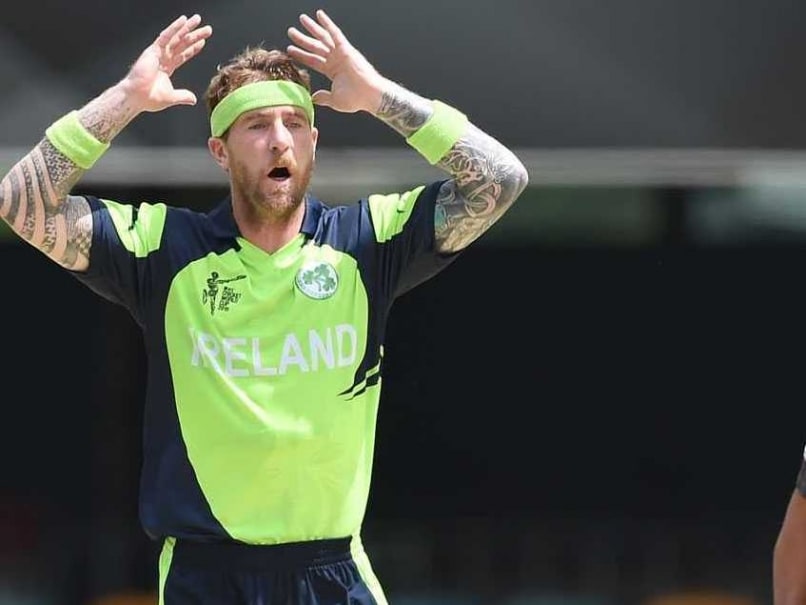 Ireland fast bowler John Mooney has delved into medieval history to improve his own batting helmet at the World Cup in the aftermath of the Phillip Hughes tragedy, Irish media reported on Monday.

The 33-year-old Dubliner designed an attachment, which he calls a "gorget", to protect the neck at the back and side of the head.

A "gorget", from the French word for throat, was a crucial part of suits of armour worn in the Middle Ages that protected the neck and throat. (De Villiers Looms Large on Ireland)

"It's a very simple idea and it's designed to attach to existing helmets," Mooney told the Irish Independent.

Mooney said he started work on the attachment after a cousin was hit on the neck in a club game last year, and his work intensified when Australian batsman Hughes suffered his fatal blow in November.

"It's something myself and my father-in-law were working on. He's an architect and pretty useful with his hands too and we set about designing an extra grille to fix at the back of the helmet.

"Safety is something I was very aware of before what happened to Phil."

Mooney, who sported the new design in the World Cup win over the United Arab Emirates in Brisbane last week, hopes to have the gorget approved and in production within a few months.

Comments
Topics mentioned in this article
Ireland Cricket Team John Mooney World Cup 2015 World Cup Points Table Cricket
Get the latest updates on IND vs NZ 2021, check out the Schedule and Live Score . Like us on Facebook or follow us on Twitter for more sports updates. You can also download the NDTV Cricket app for Android or iOS.